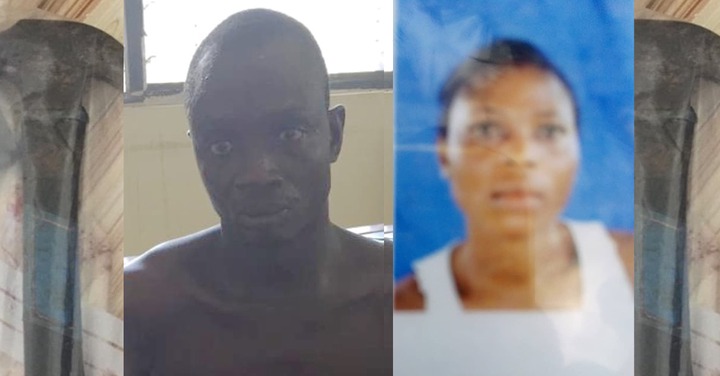 The court remanded Papa Gyabi to enable the Police to conduct thorough investigations into the indecent.

The girlfriend, Rita Ofori who is thirty-two years of age is said to have visited Papa Gyebi over the weekend when the incident happened.

Papa Gyabi met Rita Ofori for the first time that weekend and they both decided to spend the first night together. According to reports, Rita demanded an amount of five hundred Ghana Cedis which Papa Gyabi did not hesitate to provide.

However, Rita started making strange calls with another man after denying Papa Gyabi an opportunity to hold her.

Papa Gyabi did not take the issue lightly and the two started having verbal exchanges. The landlord is alleged to have used a hammer in his room to hit the head of Rita Ofori.

When eyewitnesses intervened the lifeless body of Rita was already lying in the room of Papa Gyabi.

For now, Papa Gyabi is in the grips of the police upon a directive by the Shama Magistrate Court. He is scheduled to appear in court again in the next two weeks for a full hearing of the case.

Pictures of Papa Gyabi and the late girlfriend have been sighted. Papa Gyabi is a thick tall man with a dark complexion. Rita on the other hand is a fair lady.

Rumors suggest that the angry father of Rita’s two children has never been happy. Allegations are that he has called Papa Gyabi on several occasions with a warning to stay away from his girlfriend.

Residents in the community believe the death of Rita Ofori could have spiritual meanings. Papa Gyabi is married with a child. His wife is said to have traveled to give birth to another baby but her husband went for another woman.