The Police have arrested five persons suspected to be members of the Western Togoland separatist group at Denu in the Volta region.

The arrest was made in the house of the former assemblyman, Francis Bedzo at Denu when the Divisional Police Command received a tip-off that some heavily built men have been sighted there.

The Police immediately stormed the house and arrested some suspects who are alleged to be the Suspects behind the western Togoland crises in the volta region.

However, some of the Suspects managed to escape during the arrest but the Police confiscated four (4) locally made guns with 200 BB cartridges in eight packs.

It is reported that in the mobile phone of one of the Suspects, there is a picture of him and others undergoing military training with weapons at an undisclosed area. 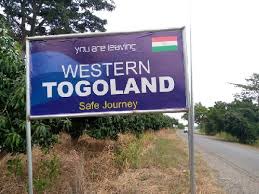