One arrested for allegedly murdering a market woman at Watchman, Sunyani

Awudu Issifu, 38, has been arrested by the Sunyani Municipal Police Command for the death of Sakaria Mohammed, a market woman at Kenyasi. Awudu was arrested this morning when a friend of his gave a tip to the police for his whereabouts. Awudu was about to run away from Sunyani when the police arrived at his gate and took him in handcuffs. He was hiding at the uncompleted two-bedroom house he was building at Watchman, a residential community at Sunyani. 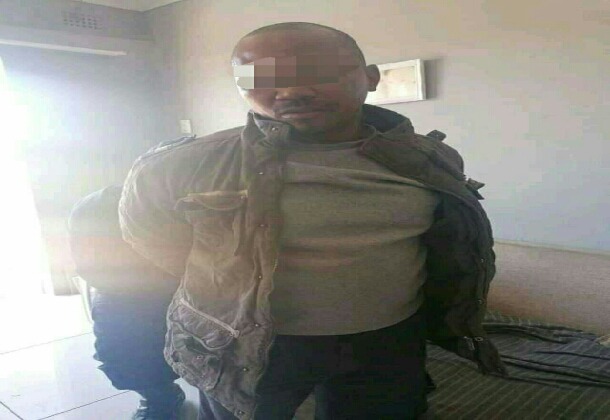 Awudu on 30 August, had a confrontation with the deceased, Sakaria Mohammed over something he wanted the market woman to deliver to him from her shop at Kenyasi. Sakari, the 28-year-old woman lives at Watchman with her old aged father and sister but works at Kenyasi, a one hour drive from the Watchman bus stop.

Awudu instructed Sakaria Mohammed to bring him some provisions and a half bag of rice from her store at Kenyasi, but Sakaria refused to sell those items to him and never gave it to him. Sakaria on her way from the Kenyasi market on 30 August, was met with Awudu at the Watchman bus stop. Awudu asked for the things and Sakaria used laughing as a coverup to get away from the man.

Sakaria visited her elder sister on her way to the house, and she had no idea Awudu was tracing her. Awudu who had made several proposals to Sakaria has received rejections from the young woman throughout, and Awudu couldn't accept the rejections further when Sakira rejected selling her items to him after rejecting his proposals. Sakaria knew Awudu was going to do something to her, so I instruct her not to sell anything to him, because if she did, he Awudu was going to force her into his bedroom and have his way out, said the elder sister of Sakaria, Mariam Mohammed.

Awudu in high spirit to get his chance from Sakaria, hit her with wood whiles he was trying to force himself on her. Awudu wanted Sakaria unconscious so he could have enjoyed himself better, but ended up murdering her. Mariam, the first respondent to the scene, saw Awudu on her sister and kept shouting for help until people started coming from their houses.

Awudu took to his heels and was never seen from the night he murdered Sakaria, until this morning when he was getting ready to flee from Watchman. Awudu is still at the Sunyani Police station waiting for his date to appear before the Sunyani Municipal courthouse for his crimes. Sakaria has been buried due to her Muslim background. She was buried on the morning of 31 August 2021, a day after her death at the Watchman Muslim cemetery.

Wherever my sister's soul is, she will be so happy because her murderer has been arrested, Mariam Mohammed said in thanking the Sunyani Police for their swift actions on her sister's murder.

Football is not won on paper; social media or by shouting- Chapters Chairman