By Wolibismark (self meida writer) | 10 days 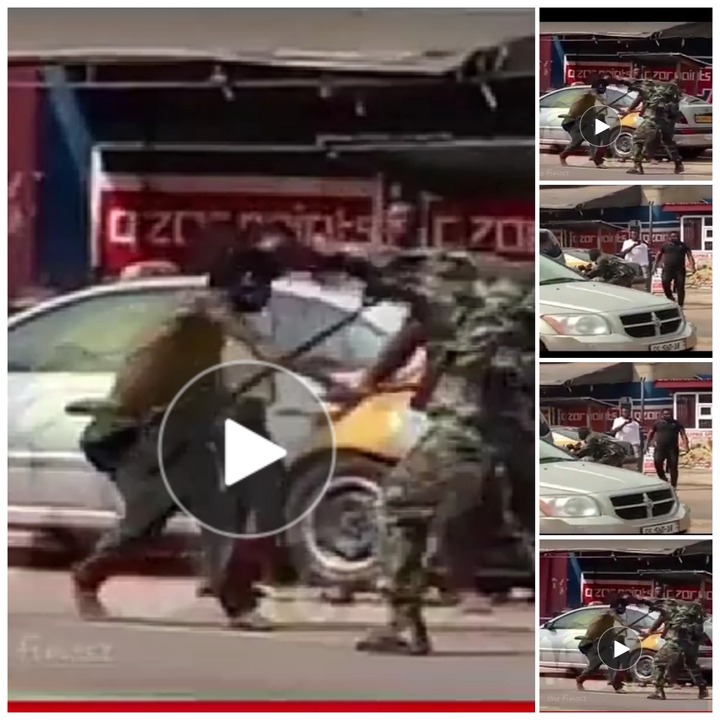 A notorious ghetto leader assaulted a law enforcement officer to a point that, he has to take to his heels to safe his life not to be a second victim after Major Maxwell Adam Mahama in the streets of Sunyani the Bono Regional capital.

The incident was very dramatic, while some residents were on record to have said lately ghetto boys in sunyani are found of snatching people phones and money sadly they are known face but nobody can cause their arrest.

According an eyewitness, Manuel who works at Cheers 100.5 FM in Sunyani disclosed to Kwadwo Dickson on Angel 102.9 FM, that , the incident occurred yesterday Tuesday, April 27, 2021 around 9:15a.m., when a lady with boyfriend storms the premises of a rasta guy identified as Swanzo popularly known to be gang leader at Newtown a suburb of Sunyani over a missing mobile phone.

In the process, a misunderstanding erupted among them, hence the lady's boyfriend extended a call to a military officers who came to the scene unarmed.

Swanzo who was very furious to see the soldier man coming in to fight for his friend angrily took a cane from a nearby shop and gave the officer some dirty strokes, oh my God!

The officer could not sustain the heavy strokes and punches coming to him, hence run to a nearby police station to file a case against the guy, unfortunately as at the time the police got to the scene the guy was nowhere to be found.

Although it's not right for a civilian to fight an officer but this keep happening on daily basis where civilians call on military officers to either fight or threatened others on their behalf. It's high time we stop finding problems for our gallant officers, the fact that they are our friends do not mean they are above the law, the police are there to maintain law and order in this country.

Seriously the military officer made a big mistake, knowing very well that we have police station why didn't he advised his friend to have reported the incident to the police in the first place, sadly carried himself to the scene unarmed, very annoying.

Captain Smart to operate his own TV [See Details]

Your Honeymoon Is Over, Stop The Blaming Others - Kwame Tanko of AngelFM Kumasi Fires The Government