Working legally for money is preferable to stealing, yet it appears that some people dislike working and prefer to make money in the quickest way possible by robbing others. While it may appear enticing to make money that way, thieves who are caught sometimes are subjected to mob violence. And this is exactly what happened to an alleged thief who was apprehended in Kumasi Railways Market, commonly known as Kejetia Market. The alleged thief was caught while he was trying to steal from someone's bag. The victim stated that he was walking through the crowded market when he became aware that someone was attempting to open his backpack. He swiftly turned and grabbed hold of him as he sensed this.

When the people present noticed this, they immediately proceeded to the location where the accused criminal had been apprehended and began questioning him. This is what some people who have opted not to work like everyone else at the market do, according to one man who was recording the entire thing. Someone told the alleged thief, "Instead of taking a motor vehicle and using it to create business like other young men, you have decided to be a theif." Things suddenly changed, however, when several of the people gathered around the alleged thief began to beat him. 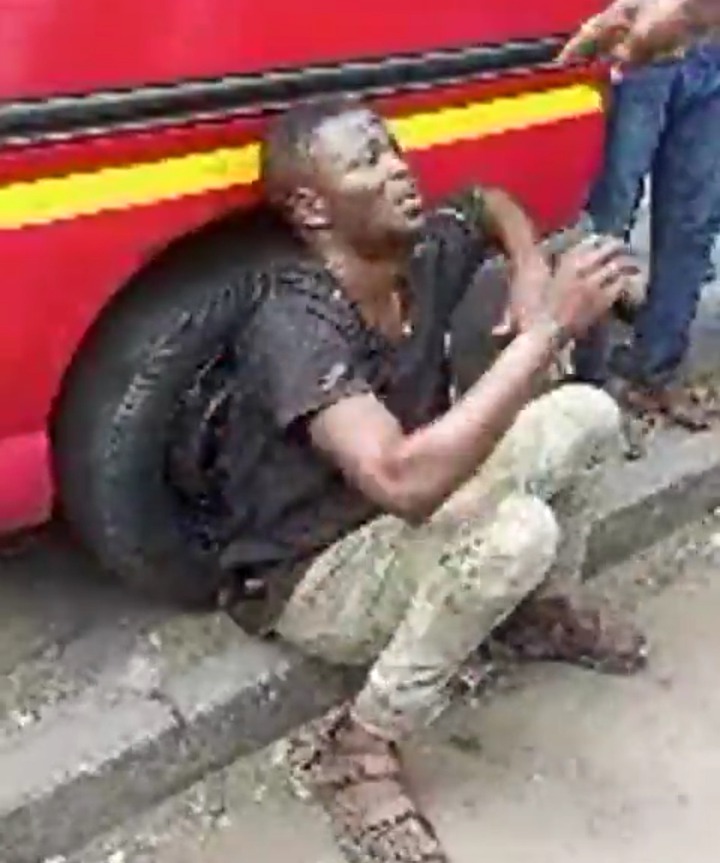 When the beatings became more severe, some individuals recommended that he be released, but it appears that their request was ignored, as some people continued to pound him. Another person suggested that they take him to the police station, but when he said this, the alleged thief began to apologies and asked them to forgive him.

They continued to beat him up until someone came up and dragged him away from the mob. While his savoir was whisking him away, someone was heard saying that the person was most likely his partner, and did not want him to be beaten up. The predicament of the supposed thief inside the crowded market exemplifies what the Bible says: 'everyday day for the thief, one day for the master'. We frequently hear about people being robbed in busy locations and the criminals getting away with it. Unfortunately for this supposed thief, he was apprehended, and the public did not forgive him.