Okada operations in Ghana: What does the Road Safety Boss says in her visit to Bono Region?

By NouvalDavid (self meida writer) | 27 days 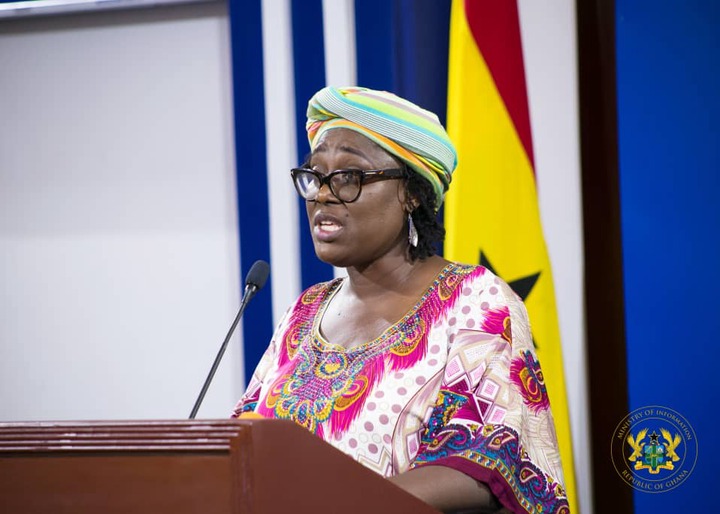 Mrs May Obiri-Yeboah is a Civil Engineer and Transport Planner by profession.She is a product of the Kwame Nkrumah University of Science and Technology (KNUST) , Kumasi.She pursued a Post Graduate Programme at the Institute for Transport Studies, University of Leeds in 2003 and was awarded a Masters in Transport Planning and Engineering.After 20 years of practice as a Civil Engineer with the Department of Feeder Roads (rising to the position of Principal Engineer) , she joined the National Road Safety Commission(NRSC) in June 2005 as a Deputy Director , and then as Director for Planning and Programmes.She is currently the Executive Director of the Commission which is presently National Road Safety Authority(NRSA).

Back in 2019, 8th April to be precise, the Former Ambassador of National Road Safety Commission, Gabby Adu Gyamfi drafted a petition to the President for the removal of Madam May Obiri-Yeboah.The petition was triggered by the increasing rate of road accidents in the country.

This may have prompted the necessary change of the Commission to an Authority with the Mandate to both educate and develop long term safety plan.

As part of her nation wide monitoring and official tour to gain support for the authority's renewed mandate and regulations, she had a visit with the Heads of Department and Agencies in the Bono Region.Mrs. Obiri-Yeboah required their support to help reduce road fatalities and to ensure decency on the road.

Division in the regularisation

She said that Ghanaians are divided in the regularisation of motorcycles (Okada) because of its usefulness but have neglected the damage it is causing.

Some people advocate for motorcycle usage because of the employment opportunity it gives while others kick against it because for safety reason.She emphasised that currently the operation of Motorcycle is illegal for commercial use in the country, but because of the division it still used.

“Last year was one dedicated to the most sensitisation and education, but we recorded Two thousand five hundred (2500) deaths as a result of road accidents, out of which forty percent (40%) was recorded from motorcycles and motor tricycles."She said.

Lack of decency and non compliance

Further more, “If we want to see decency on our roads, then we need to do something different from what we were doing previously."She stressed.

They are usually seen disobeying traffic light rules and speed over the limits at roads they are not supposed to.

Alarmingly, she said that from January to April this year alone, one thousand and thirty-four (1034) people have already lost their lives as a result of road accidents.Which means that the rate at which road accident is increasing one must undertake precautionary measures.

"It could have been any of us here, therefore, we need to take drastic measures to help reduce accident on our roads,”She emphasised.

To gain their assistance she said “We as an authority have identified these problems, we can only address them when you support us because you are the people deciding for the region, so if you do not support us in a certain direction we will fail as an authority”, Mrs Obiri-Yeboah stated.

As part of her monitoring and tour, she paid a courtesy call visit to the Bono Regional Minister Mrs. Justina Owusu-Banahene, to officially introduce herself, brief her about some of the authority's mandate, policies and programmes outlined to reduce road accidents, and to solicit her support towards the implementation of such programmes.

We didn't come all this way just to die: Woman Cries Out