By SpArK_OJ (self media writer) | 3 months ago 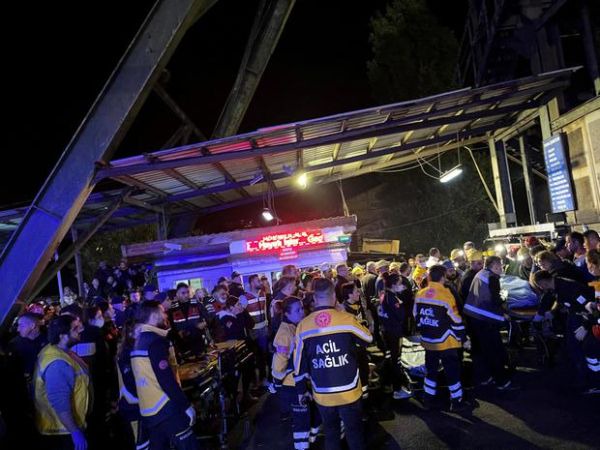 According to the country's interior minister, 40 people are now believed to have perished as a result of an explosion in a coal mine in northern Turkey.Over a dozen individuals were still trapped in the mine, according to Suleyman Soylu's earlier claim that 58 people had been evacuated.

Nearly half of the 110 persons who were inside the mine at the time of the incident on Friday were more than 300 meters below the surface. To try to reach more survivors, rescue teams dug through rocks all night long.

At the mine near Amasra, on the Black Sea coast, rescuers can be seen arriving with blackened and sleep-deprived miners. Awaiting word of their loved ones, the missing relatives and friends could also be seen at the mine.

"We were able to rescue 58 of our miners without any injuries. We're attempting to rescue our estimated 15 stranded miners down below "Reporters were there when Mr. Soylu spoke.

The explosion is thought to have happened 300 meters or more below the surface. According to Mr. Soylu, 49 employees have been employed in the "risky" area between 300 and 350 meters (985 and 1,150 feet) below ground.

The local prosecutor's office has started an investigation even though the cause of the explosion is yet unknown.The explosion may have been caused by firedamp, which is methane generating an explosive mixture in coal mines, according to Turkey's energy minister.

We are in a really regrettable situation, he declared.