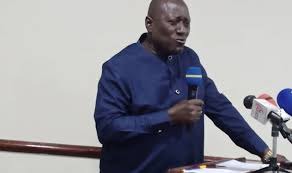 Colonel Kwadwo Damoah (retired), Commissioner of the Customs Division of the Ghana Revenue Authority (GRA), has accused the Office of the Special Prosecutor of attempting to tarnish him.

At a retreat for senior Customs officers on Wednesday in Kumasi, Colonel Damoah declared that the Office of the Special Prosecutor (OSP) had made an effort to indict both himself and the Deputy Commissioner of Operations of the GRA in a recent investigative report.

He claimed that the Labianca Company Limited report was an intentional attempt to discredit his reputation and would fail.

The Special Prosecutor's probe, according to Colonel Damoah, was "hollow and motivated by hate." 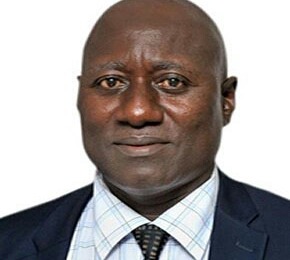 "Anyone who has studied that report thoroughly would be aware of the foundation for it, but fortunately for me, God is always on my side. Before that report surfaced, that person had told some of the people who had come (to inform me of this) that he intended to publish something that would damage my reputation. I even sent people to tell him that I am older than him and that he is a young boy. He will find it difficult to ruin me since I have lived a meaningful life ".

Colonel Damoah stated, "People have tried it; I have survived; and this one too, I will survive," to thunderous ovation from the Senior Customs Officers gathering at the Kumasi event.

He asserts that the allegations are being made by a disgruntled former GRA employee.

The Special Prosecutor, Kissi Agyebeng, allegedly singled out Col. Kwadwo Damoah because he prevented one Mr. Akurugu from being seconded to the OSP.

As long as he was the commissioner, he would make sure his officers were protected from intimidation and said he was prepared for prosecution.

"He (Special Prosecutor) summons me to his office in relation to LaBianca, and at the end of it, he talks to me about this same matter, and I say yes, it is not the Commissioner General (of GRA), I wrote it, go and check, and I have my reasons, he will not be released to you, he will be in customs, and then behind me, he goes to resign, he is given the position of Commissioner of Police

The OSP identified one Joseph Adu Kyei, a Deputy Commissioner of Customs in charge of Operations, in its investigation report for issuing "illegal customs advance rulings."

The benchmark values of the frozen meals imported by Labianca Limited are reported to have been decreased as a result of Mr. Kyei's conduct, which therefore reduced the company's tax obligations to the state.