Man has narrated how he walked into his own funeral. According to him, he was on his daily hustle when people from his village informed him that his family was mourning his death.

Villagers discovered a decomposing body that looked like a well known man and assumed he was dead. The man's family was notified, and they were able to confirm that it was definitely his body. The body was transported to the mortuary, and the family immediately began making funeral arrangements. 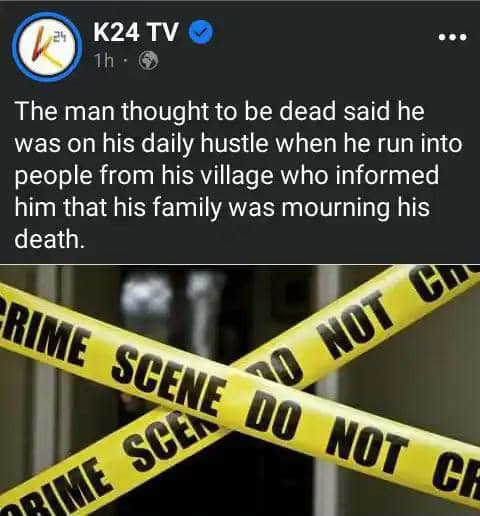 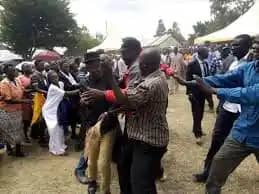 They went ahead and scheduled the funeral and burial services for him. On his way to market, Muriumeler ran across individuals from his village, who told him that his family was mourning his death. When he returned to his home on the day of the funeral, he saw that people were grieving for him. Even after his tried to explain everything, they still couldn't believe their eyes and insisted it was his spirit that had paid a visit.

Villagers believed Muriumeler was dead and only his ghosts visited them, but he proved them wrong by showing them that he was still alive.The body was returned to the mortuary by Kenya police as it awaits family members to come forward with identification.