Heartbreaking moment for Ghanaian prostitutes as police arrest their leader

By Edifnews (self meida writer) | 23 days

A total of 230 alleged criminals and sex workers were apprehended during the Friday night operation, which was followed by three civilians on illegal activity within sector vicilities. The ages of those between the ages of 19 and 35 were summed up at the end of nearly six hours. There are 145 males and 85 females among the 230 perpetrators. The majority of the alleged females are foreign nationals who are thought to have been brought into the country by an official. Among those arrested is Esi, a 32-year-old prostitute who has recruited a large number of people. Adake, a Nigerian slut, was her given name. Has gathered a group of people and a total of 6,000 Ghana Cedis. 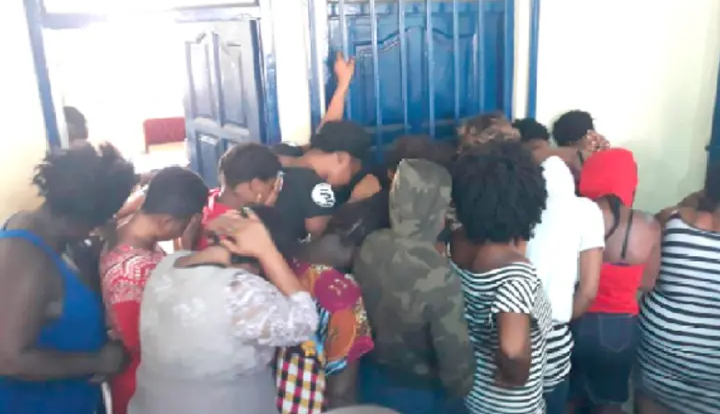 According to the police, Adake matched the first cautions statement. The police go on to say that "She is the one who has been enlisting the services of those whores. She hires them for certain types of work. She admitted that she was the one who had recovered the sum of money "..

Other exhibits, such as dark-dry-leaves, were also recovered by the officers who were mobilized for the operations. Indian hemp is suspected, as are 33 motorcycles, many of which are unregistered, and other electronic devices. 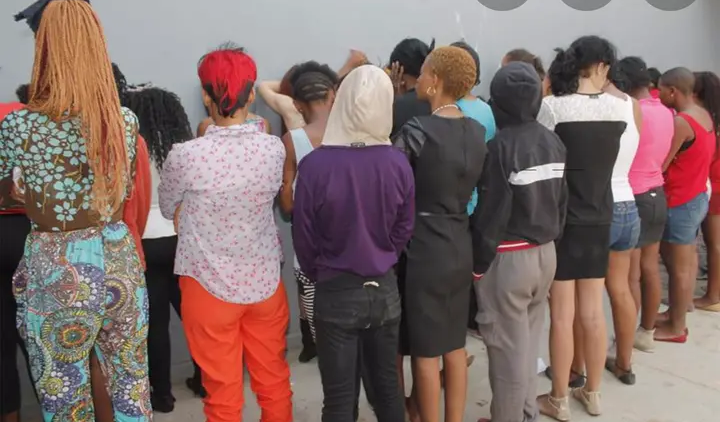 The police state once more that "We are aware of their activities. And we will not be hesitating in our efforts; we will be there. We will pursue them everywhere they go and apprehend them so that the law can deal with them. Foreign nationals will also be out of the country, as law-abiding people will carry out their legal responsibilities without fear of intimidation. Each week, we will perform such an exercise to rule out all of these criminals from their hideouts "..

The foreign nationals will be turned over to immigration authorities for further investigation and intervention.