A Story of a man and a pregnant woman

By kaycidiGh (self meida writer) | 21 days

The man went and married to another woman in a nearby town and settled there with the women. He was working in a company as an accountant, until one day the CEO of company was informed about some issues concerning money . Police was called to pick him, after the investigation he was jailed for some years.

After he was released, he became financially unstable, due to that he started drinking until one day he was knocked down by a car. They took him to the hospital unconsciously, after he got well he decided to go and thank the Doctor who took good care of him with some items, he went with his wife. When they got there there Doctor refused to take the items because it against his profession, so the Doctor called his mom to come and greet them, during their conversations the man mention his name to the women, where he comes from, and his family.

The doctor's mother started crying her son ask her why she was crying and she told the Doctor that the man is your father who r me when I was pregnant so he is your father. The Doctor also started crying so the man knelt down and beg for forgiveness, so the Doctor told him, he has forgiven him so he can call him his father, the man and his wife left with tears. So please do not reject a woman after she is pregnant 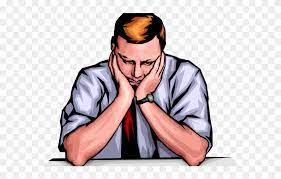 , you don't known who the child will be in future. Thank you for reading

Breaking a Woman's Virginity Evokes Blood Covenant; You're Eternally Indebted to her - Ajagurajah

Kwaku Oteng Should Have Listened To Captain Smart's Reasons, He Rushed His Decision-Fans Attack