Latest: Takoradi armed robber trades blow with military man- See what happened to him after 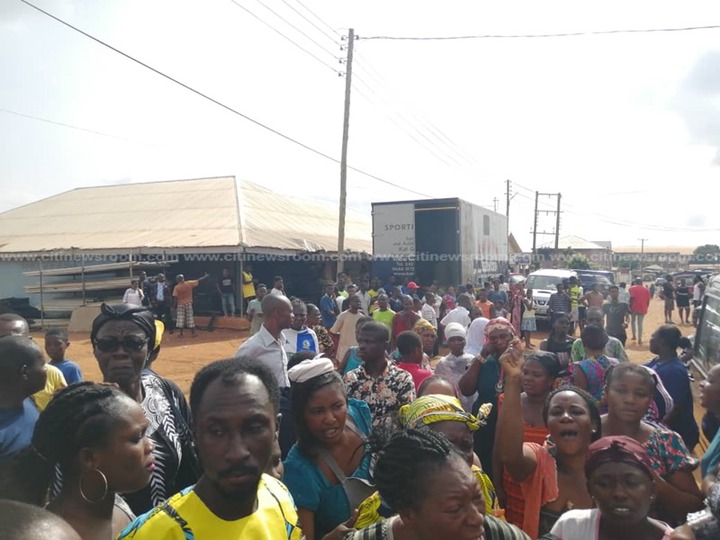 A Takoradi robber has traded blow with a military man and has found himself in one of the most undesirable and frightening position anyone would ever want to find himself. A robber who allegedly raped a teenager not long ago has been caught in Takoradi in the western region. The western region is currently serving us with lots of news and these are news that are itchy and undesirable to the ear. The rate at which the robberies are ongoing are currently meeting the rising desire by the security men to take them down.

He had earlier been reported to the police but has successfully made his way out in one way or the other. He allegedly escapes within a second and you wouldn’t know how and where this young man vanished to. The young man is alleged to be a former teacher of a Presbyterian school in a suburb of the town where he dropped out of the teaching career and begun molesting young teens and doing a whole lot of unexpected and undesirable things. This robber is alleged to bear the name Solomon Tenkorang. 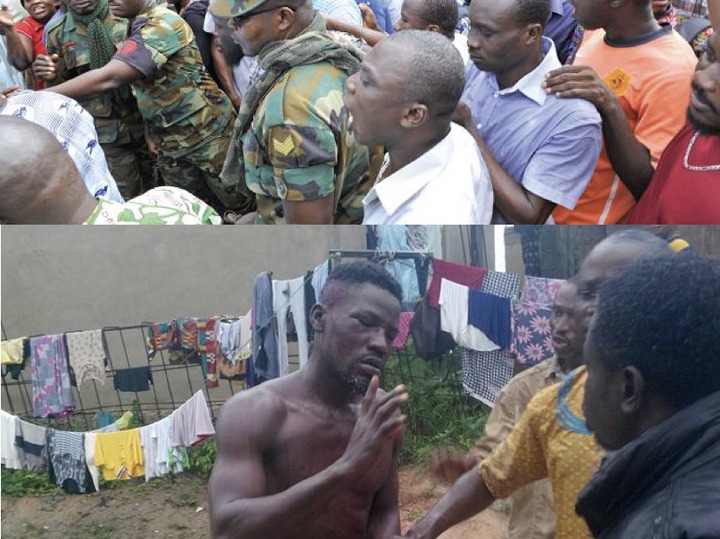 Solomon from reports was a very influential and hardworking maths teacher. The students loved him until one day when he started behaving abnormally after being accused of rape and defilement. The students after sending reports to their authorities had him vanish from the school and in the town where he dived into robbery and many other acts. Recently, Solomon was spotted and chased down until men of the town who knew him got hold of him. A military man who happened to be at the premises stopped them from hitting him any further.

According to witnesses, because he wasn’t in an army uniform, the robber who claims he hadn’t stolen anything and was innocent cursed the military man where he received some heavy slaps in return. Solomon in anger tried to hit back not knowing he was a military man. The officer asked them to carry him to the military barracks where we hope he will be disciplined before taken to the police station. According to victims of his robbery, he had stolen from the headmaster who employed him and several other people. 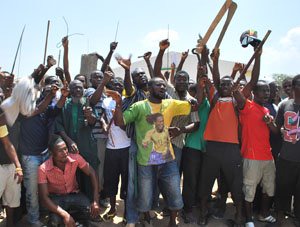 But he comes to the town once in a while to sneak into his family house and check up on his mother who has been diagnosed of stroke. This is one of the times where he decided to repeat it before the young men got hold of him. It’s also alleged that a sister of his tipped the young men of his return and whereabouts. He’s currently being dealt with as there’s also a possibility that he’ll face charges for the other allegations against him which he has managed to run from.