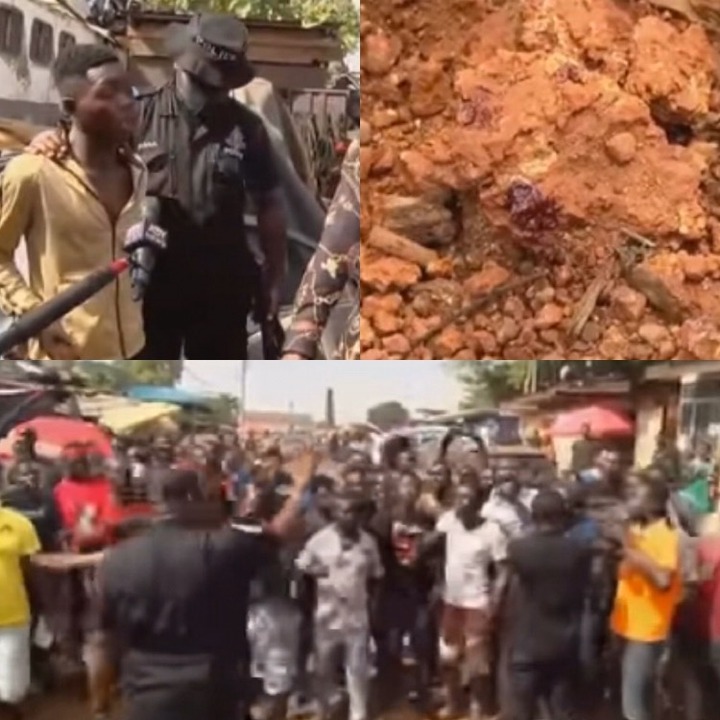 The recent heartbreaking incident that has sparked massive stir, debates and arguments across all social media platforms is that of a young man who has stabbed a 24-year old man to death.

This unexpected incident happened at Anomangye which is close to suame as the prime suspect, Emmanuel Owusu attacked the murder victim, Ebenezer Asare.

According to an eyewitness at the scene, the murder victim, Ebenezer Asare after being stabbed by the prime suspect, Emmanuel Owusu in the neck started running to seek for help after which he unexpectedly passed out on the road.

The murder victim, Ebenezer Asare was later found by residents who rushed him to the nearby hospital but sadly met his untimely death due to excessive loss of blood. 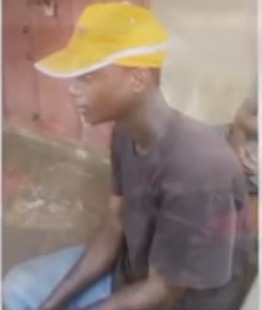 The police at Anomangye later mounted a search at dawn for the prime suspect, Emmanuel Owusu who was later arrested fleeing to Akomadan.

The murder weapon was later retrieved from the prime suspect meanwhile, Emmanuel Owusu claimed that, he couldn’t remember what he used in stabbing the victim to death.

“I don’t remember what I used to stab him; it looked like a wood. I didn’t stab him with a knife”, Emmanuel Owusu emphatically revealed.

However, hundreds of artisans at the Suame “Magazine” market, rushed to the crime scene in attempt to lynch the prime suspect, Emmanuel Owusu for the heartless murder he had committed.

The residents at the Suame “Magazine” market alleged that, it was the second time the prime suspect stabbed his victim.

According to another eyewitness who took the privilege to express his grief revealed that, the suspect had already stabbed another person before attacking the deceased, Emmanuel Asare to death.

He also revealed that, the prime suspect had also killed his son and so therefore, justice must prevail for all the victims who had suffered in the hands of the prime suspect, Emmanuel Owusu.

”He had already stabbed somebody but he was freed and now he has killed someone again. He has also killed my son; we want to lynch him ourselves”, the eyewitness emphatically revealed. 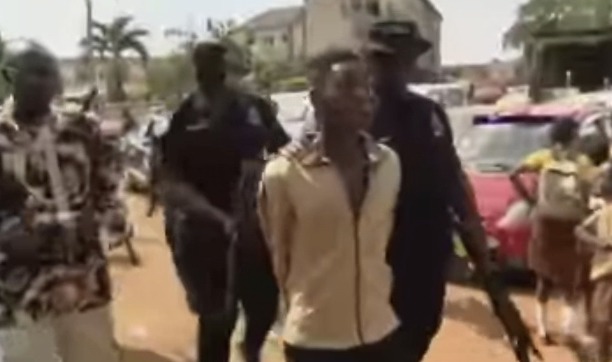 The prime suspect, Emmanuel Owusu is currently in police custody and will be due in court on Friday.

What do you think should be the punishment for the heartless crime committed by the prime suspect, Emmanuel Owusu even though most individuals claim otherwise?