Dr. Dre's Mansion Gets Robbed While He Was At The Hospital

By LUXURYHUB (self meida writer) | 28 days

Dr. Dre's Mansion Gets Robbed While He Is In The Hospital

Dr. Dre is having probably one of the worst starts to the year out of anybody and it hasn’t even been a full week yet.

After his soon to be ex-wife revealed some personal information about his finances in the middle of their very messy public divorce, the guy suffered from a brain aneurysm that put him in ICU, and then just to add insult to injury, 4 men attempted to burglarize.

Dr. Dre can’t catch a break. It was reported that the burglary attempt took place right after the news broke about Dre being in the hospital, I guess the men thought they would have a better chance while he was in the hospital.

Dr. Dre, multi-platinum producer, known for hit songs like I need a doctor really needed one these past few days and thankfully Dre posted to his socials stating that he is doing well and will be out of the hospital soon, so that makes it okay for me to make that joke.

The four men who were already suspected to be part of a burglary ring targeting other homes in the neighborhood were found after a short pursuit with police and taken into custody, this also comes after Los Angeles County was named the most dangerous county in the United States.

Dr. Dre has been through more than enough these past few days so let's hope nothing worse happens and the makes a speedy recovery. 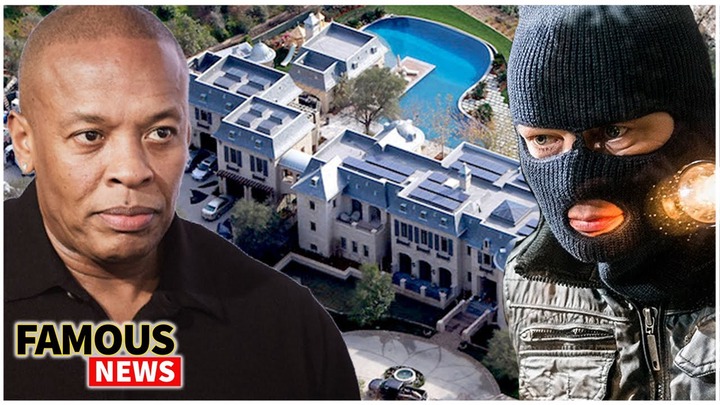 Content created and supplied by: LUXURYHUB (via Opera News )