IGP Dampare's team has done it again. This happened in the Ashanti Region of Ghana near Oseikrom where three robbers have been arrested by the police with one dead. According to the Police, they received a distress call at 7:30am on the 2nd of December 2021 that a gang of robbers had attacked some Miners near Oseikrom so they rushed to the scene only for the gang of robbers to open fire on them. 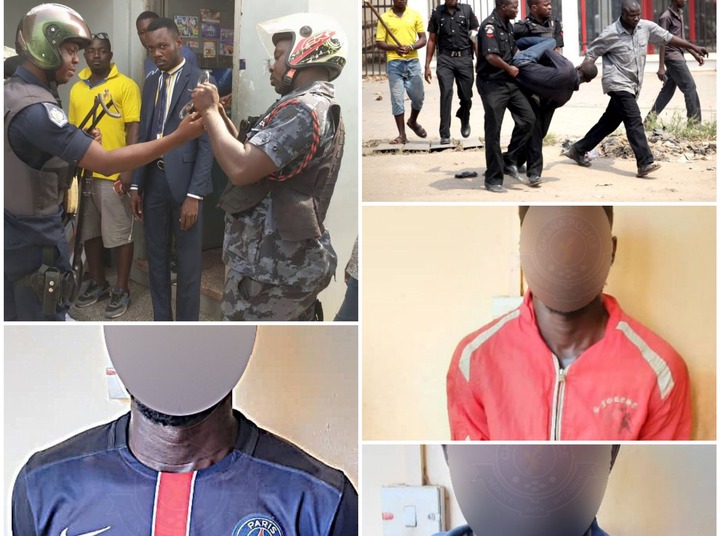 They fired back leading to the death of one of the robbers with the rest escaping on site. Fortunately for the police team, they were able to arrest two of the robbers through an intelligence-led operation. As they interrogated with the robbers, they mentioned one Emmanuel as the mastermind behind their robbery operations on the mining site.

Emmanuel, also known as Awoloh is known to be a driver of the miners but was the informant causing robbery attacks on them. It is known that robbery normally happens strategically because these robbers are able to connect with some workers of their target market enabling them to gain access to such places or homes. Emmanuel, with the other two are now in police custody assisting investigations.

The body of the deceased has also been deposited at Obuasi Government Hospital morgue waiting identification and autopsy. 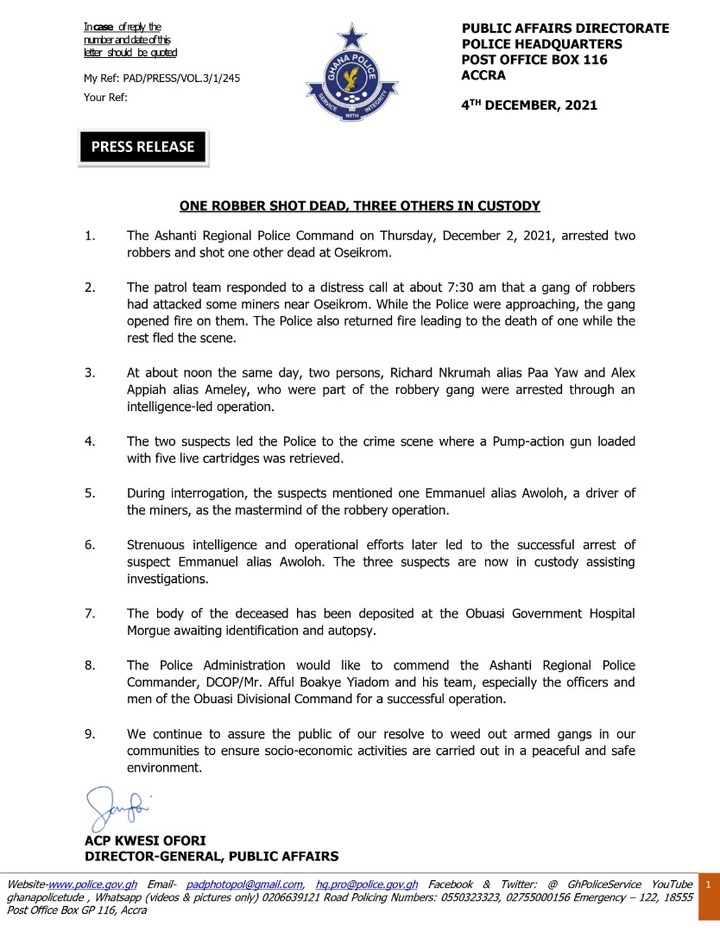