By KofiLegit (self meida writer) | 15 days

The manner at which some of our Young youths are massively going into "Sakawa", has become a thing of concern. It is no longer a new thing that most youths come out publicly to bath in other to carryout their ritual purposes. And it is pertinent to note that some people no longer believe that there are still genuine ways to make money, instead of joining internet fraudulent activities.

There is a trending video that has virtually gone viral across all Social media platforms, where a video of three young men suspected to be "Sakawa Boys", has gotten a lot of people talking, after they were Spotted bathing on top of a Bridge earlier this morning. There is no doubt that this act is a clear sign of end time, that the Bible had warn us about when our Generation will love money more than GOD, just as the young men who where caught bathing on a bridge as part of their ritual purposes.

According to the information gathered, the tree unidentified "Sakawa Boys", where tying red clothes on their waist as at the time they were carrying out the rituals.

It was gathered that these suspected "Sakawa Boys" who were clad in just red wrappers around their waist, where scrubbing their body with a soap on a bridge in "Ibadan".

In a statement reported by the source (Precisely a Man), who stated that:

"The three unidentified young men arrived at on the bridge with Soldiers as Escorts, so as not to be interrupted by People", He Said.

Recall that few days ago, another three young men were caught on Camera while they were bathing inside a cemetery.

Below are the photos of some gathered by the source: 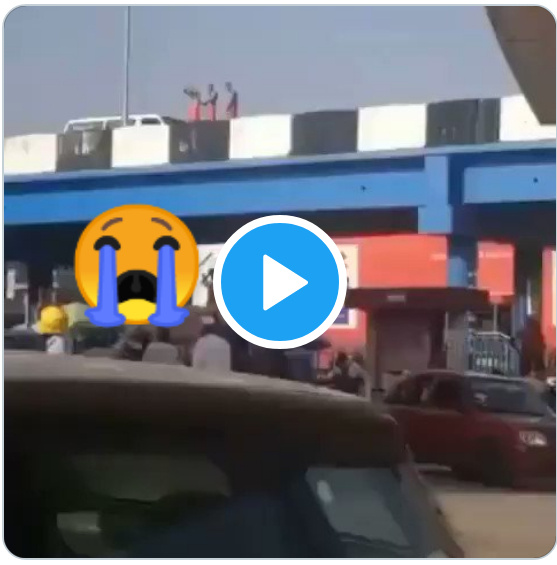 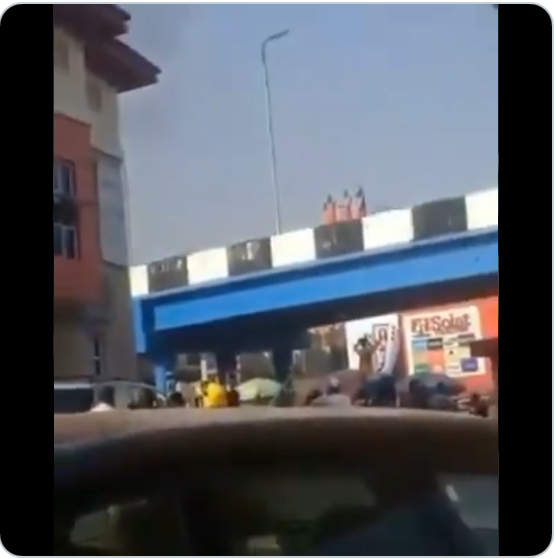 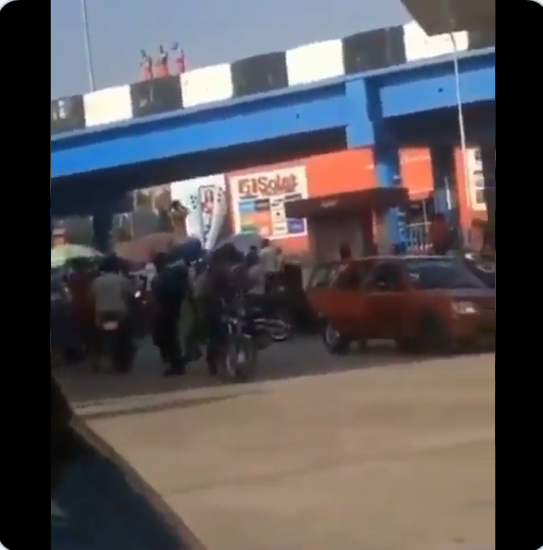 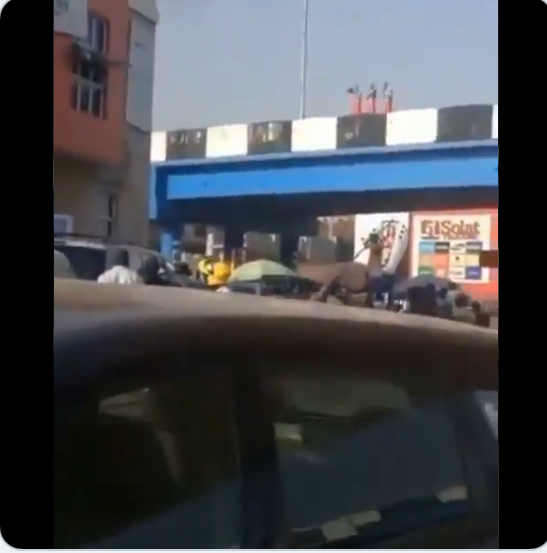 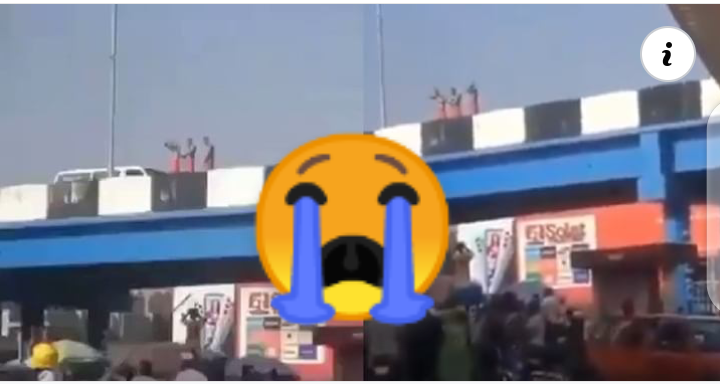 Below are the comments of some people who expressed their mind, over what this three men where spotted doing: 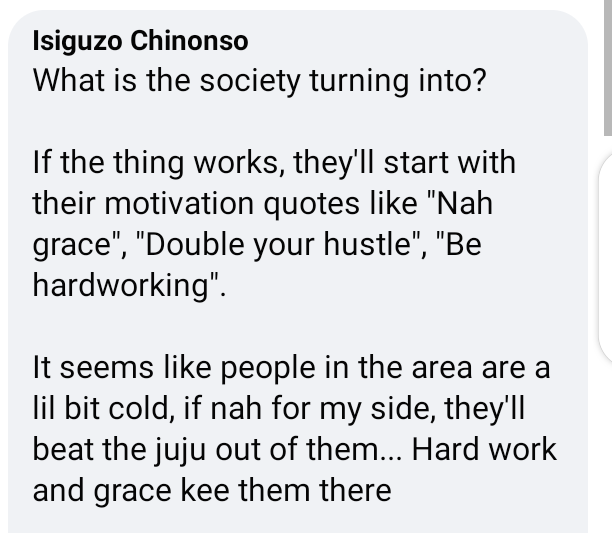 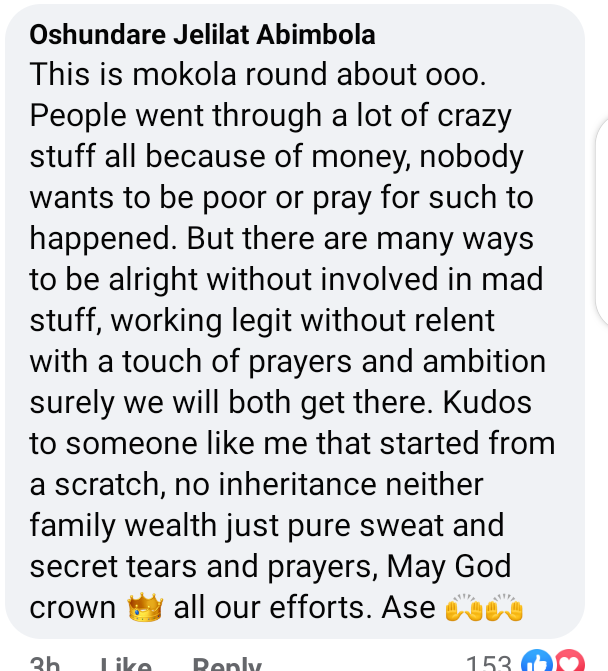 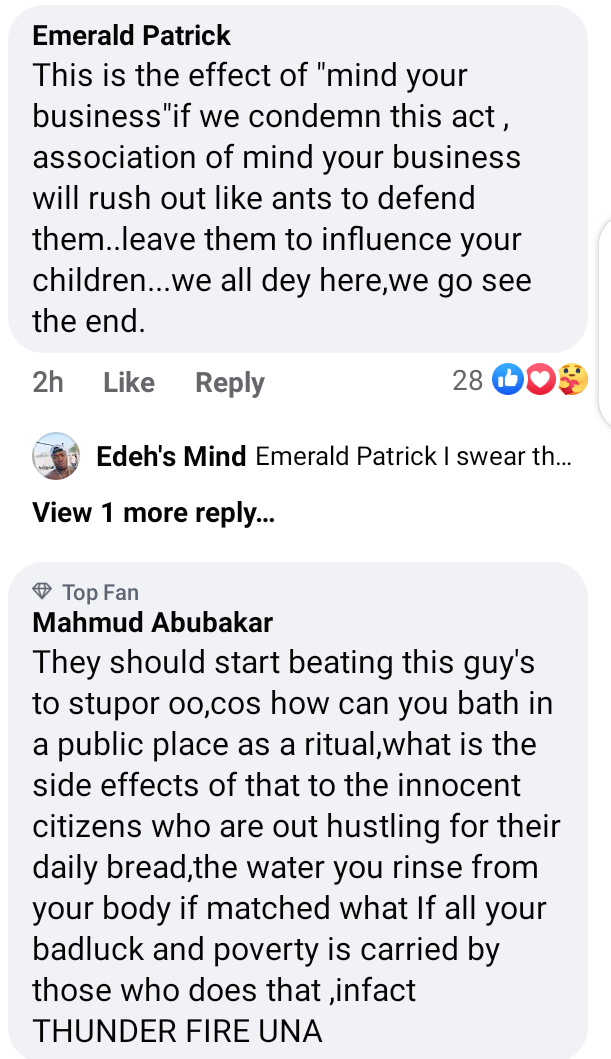 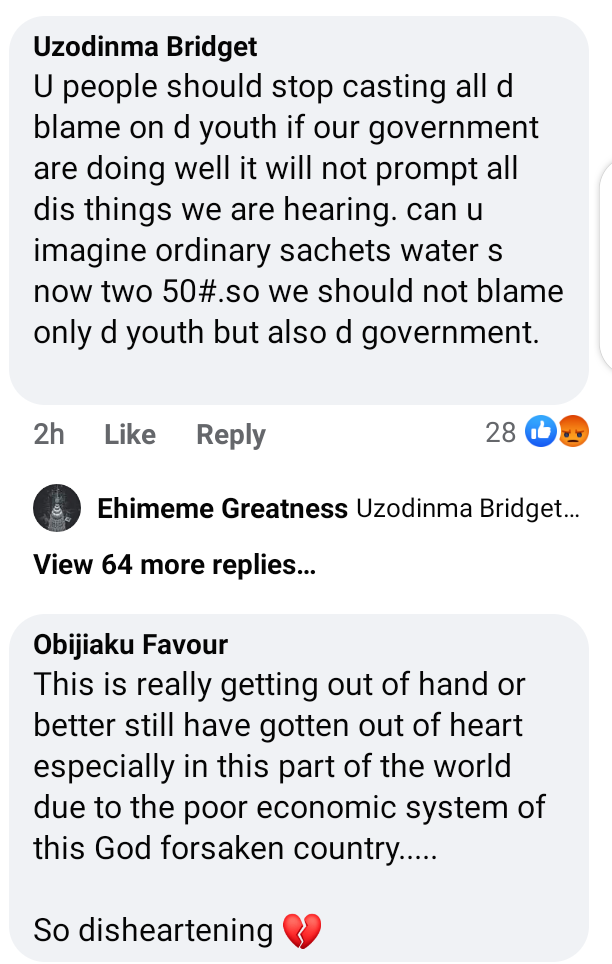 What is your thought over this, do you believe that this signs of end time, as stated by the Author? Share this article too.