Director of CID told me warning letter to Kaaka from Ejura police was fake : Kweku Baako.

By Optimistic3 (self media writer) | 6 months ago

Seasoned journalist and managing editor of the new crusading guide newspaper Mr Abdul Malik Kweku Baako has stated that,the director of the criminal investigative department of the Ghana police service told him that the alleged warning letter to Kaaka was fake.

It would be remembered that, after the sad demise of Ibrahim Mohammed popularly known as Kaaka,it came to light that, he was issued a warning letter by the Ejura police for showing them on social media.

Many Ghananians think that, the warning letter from the Ejura police further emboldened the assailants of Kaaka to take such a dastardly act against the innocent man as a result of his activisms for on social media.

Mr Baako made the statement when he appeared on joynews Saturday morning show newsfile. However in a sharp rebuttal,the host of the show Mr Sampson Lardy Anyenini disagreed with the seasoned journalist and admitted that his checks from credible sources indicates that, the warning letter was indeed issued by the Ejura police.

Mr Baako's submission was also that, the letter did not had the official policy service logo embossed on it but rather,it had the Ghana coat of arms.

However it came to light on the show that the police service uses both the coat of arms and the national police logo in issuing out their letters.

Randy Abbey who was a panel on the show pointed out that, this clearly points out to the fact that there are serious administrative issues in the police service if it can't have a common means for channeling information to the general public.

After back and forth deliberations about this allegation, Kweku Baako finally admitted the warning letter was indeed issued to Kaaka from the Ejura police and then apologised to the viewers of the show for his earlier submissions about the issue.

Sadly, there was doubt among almost all the panel members on the show whether the commission set up to investigate the circumstances leading to the Ejura killings will yield any positive result. 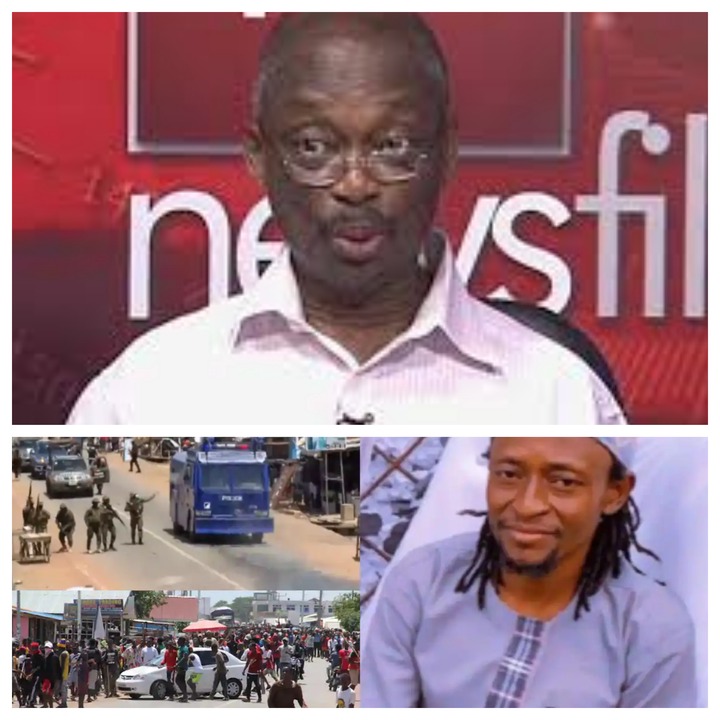