By Blind_Justice (self media writer) | 29 days ago 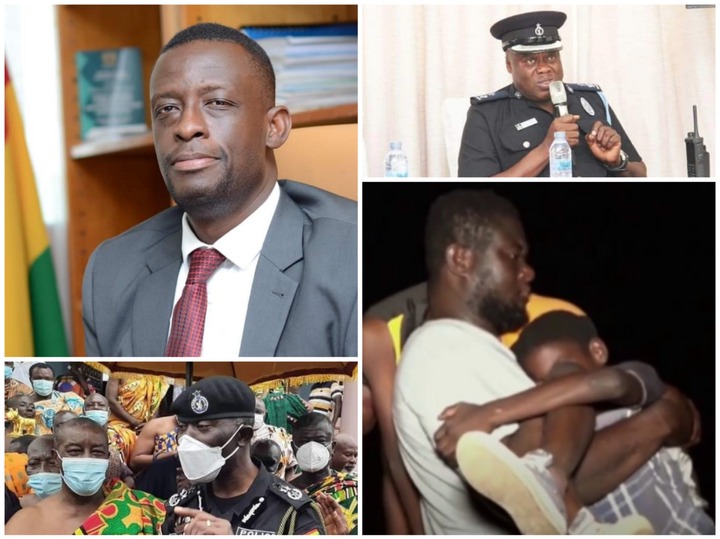 The credibility of the Western Regional Minister, Kwabena Okyere Darko Mensah hangs in a balance as the Acting Director, Public Affairs of the Ghana Police Service, ACP Kwasi Ofori has disputed his claim of settling the ransom [GHc3,000.00] which was demanded in the 'faked' kidnapping case of Josephine Panyin Mensah. This claim has thrown doubt about another Ten Thousand Ghana Cedis (GHC10,000.00) the minister said was paid to the police in the kidnapping case of Wilhelmina Addo.

In total, an amount of Thirteen Thousand Ghana Cedis (GHC13,000.00) on the account of the Minister, has been released to the Police administration to settle demands of kidnappers in two cases; the first of which is the 18-year-old Wilhelmina Addo who conspired with her boyfriend Ransford Mensah, 22-years old.

This matter has come to the fore after the Western Regional Minister publicly [on Ekosiisen show of Asempa FM, Accra] announced that he intervened in getting Josephine Panyin Mensah freed by her alleged abductors when they made demands for money.

The minister is on record to have stated that an amount of GHC3,000.00 was released to the Police, and this account was corroborated by his aide, Justice Acquah on Takoradi-based Skyy Power FM.

On that same network [Asempa FM], Hon. Kwabena Okyere Darko Mensah mentioned that the payment of ransom for Josephine wasn't the first time he had offered money to have victims of kidnapping freed. He referenced Wilhelmina’s case as a precedent, where "I offered GHC10,000.00) to have her freed." The Regional Minister justified these payments as an obligation he has to the people of his region in ensuring that lives are protected.

But with the denial of the receipt of the GHC3,000.00 in Josephine's case, the pandora box must open to expose who received these amounts of money for or on behalf of the police, [if] the Minister's claim is true. Should there be no trace to the police, then the Minister should be held to name who he gave the money to, either personally or through his aide or any person whom he trusted the money to.

Indeed, this is an interesting matter and the police should not shelve it as their credibility is equally tainted in the allegation. The Inspector-General of Police Dr. George Akuffo Dampare will have to cause a thorough investigation in this matter at the Western Region Command.