By SamuelPowellNews (self media writer) | 3 months ago

A man, probably between the ages of 25 and 30 years have been captured doing a strange thing at a gathering. Watching the video carefully, you can see a man photographing a group of women at a gathering. During the photoshoot, the gentleman with the student bag in your picture walked in and snatched the phone that was being used to photograph the females.

The gentleman then stepped on the mobile several times and destroyed it. This made the guys very angry as they even wanted to beat him. Some ladies among the group were captured holding this guy's neck and asking him a series of questions but this guy was not even asking them. One of the guys said, "Is he okay at all. How can you just walked into people's privacy and start destroying their mobile phones. You will repair these phones today".

The guy after this even took another mobile phone in another lady's hand and put it on the ground and stepped on it. In the course of exchanging words with this man, the guy just opened his student's bag and started dashing these guys new mobile phones. The people were not sure whether it is a quality mobile phone inside the box so they opened it. And to their surprise, these gifts of mobile phones are far better than their mobile phone. 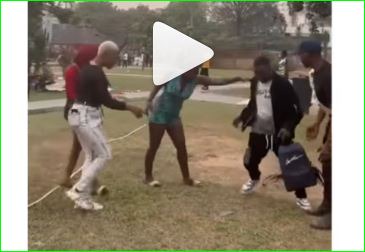 One man among the group even got a tablet mobile phone. The gentleman after this gentleman just went his way. The people after this incident were captured jubilating and exhibiting joy at the new mobile phones given by this unknown guy. Some people after coming across this said that some people are really crazy. Others said that it is probably a staged video but the person who posted this video said that the gentleman claims he hates people using old phones so he just destroyed their old phones and give them new iPhones. 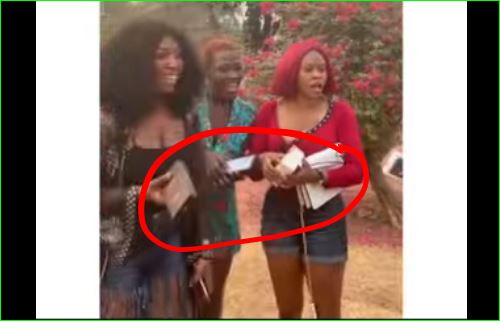 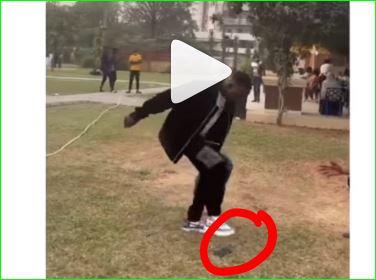 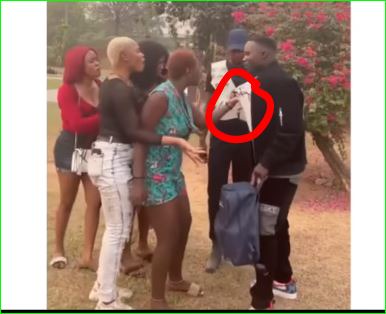