By barnabasyeboah830 (self media writer) | 25 days ago

For everyone, there is always a second opportunity. The majority of people have difficulties, and the severity of the problem alters them. Lukeman is a young man who used to be a member of an armed robbery gang that operated in the Ashanti Region and its environs. He was detained by the police a few months ago for robbing travellers on the Dunkwa Ayenfuri route. 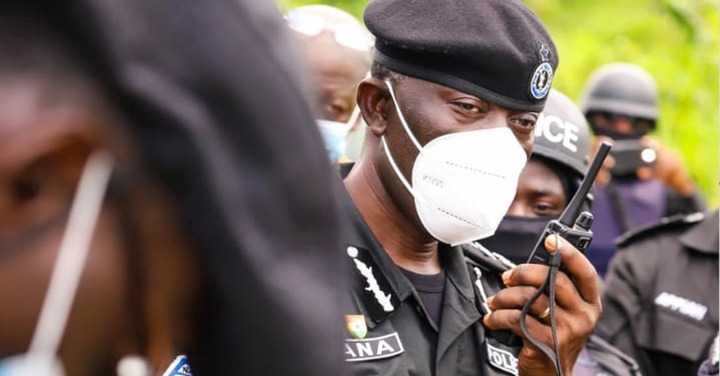 The cops then prepared his docket and paraded him in front of the court. The Dunkwa Circuit Court granted him bail after his appearance, and he was ordered to return to court at a later date. This was sufficient caution for Lukeman to change his methods, but he knew it was just another opportunity to resume his armed robbery operations. 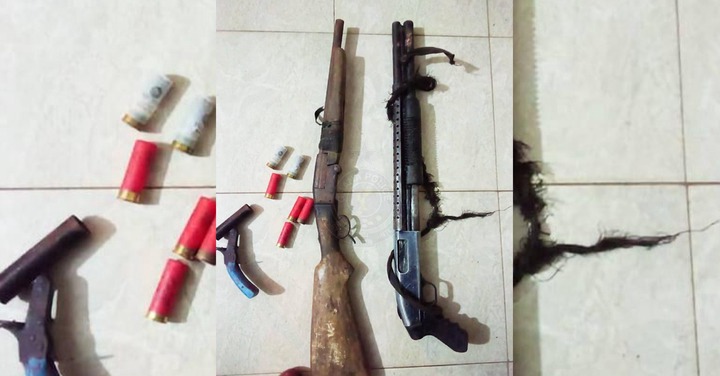 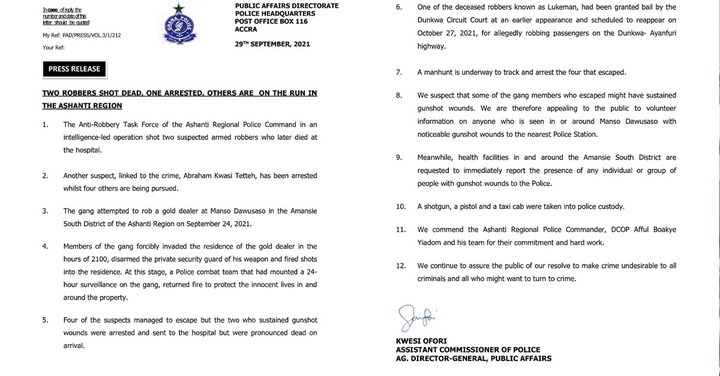 The cops engaged the armed robbery gang in a gun battle here, which started the whole thing off. The police used their knowledge from the Dampare-led Police Command to defeat the armed robbers. Two of them were killed, three are still on the loose, and one has been apprehended.

Lukeman, who had been granted bail for a similar offence by the Dunkwa Circuit Court, was among those killed. This is a strong indicator that Lukeman failed to learn from his previous incarceration, and as a result, he died young. Lukeman would have been breathing by now if he had stopped his terrible habits. He could be called before the court on his next appearance.

Members of his gang who are presently on the run have gunshot wounds, according to the police, and they are asking for the public's help in apprehending them. These people may have gunshot wounds, and anyone who sees them should call the police. This is just another accomplishment for the Dampare-led police force, and it is worthy of praise.