I’ll Rather Go To Jail: Drama As Early Morning Thief Is Forced To Weed Acres Of Land In Tadi 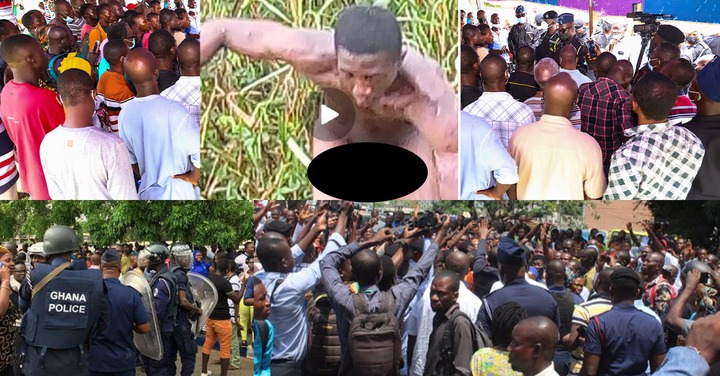 The kind of treatment meted out to thieves when they are caught red-handed in Takoradi is enough to deter others from engaging in the criminal act. One thief was recently made to sing and dance whilst the other was forced to clean gutters at the Takoradi Market Circle. Just recently, another criminal was made to clean a public toilet.

These punishments should have been deterrent enough to stop others from also engaging in stealing and other criminal activities but the opposite is the case. Another thief has been caught red-handed and his punishment has raised controversies. The young man has been tormenting residents of Fijai in the Essikadu Ketan Constituency of the Western Region but he always goes away without being caught. 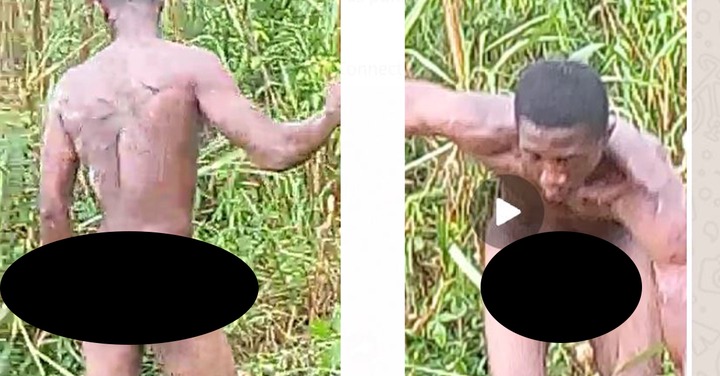 He has for some time now been stealing from residents deep in the night and in the early mornings. Just recently, a resident of Fijai had his room looted without any trace of the criminals. Items including flat-screen televisions, gas cookers, blenders, and many others have been the main targets of criminals. Unfortunately, one of them was not lucky when the youth in the community grabbed him for stealing.

They refused to take the young man whose name has been given as Paa Kofi to the police station because they believe he will be freed. They developed the idea of punishing him at their own discretion. A machete was handed over to him and a wide area of land was allocated to him to weed. The thief who was scared of being whipped should he deny the punishment started weeding. 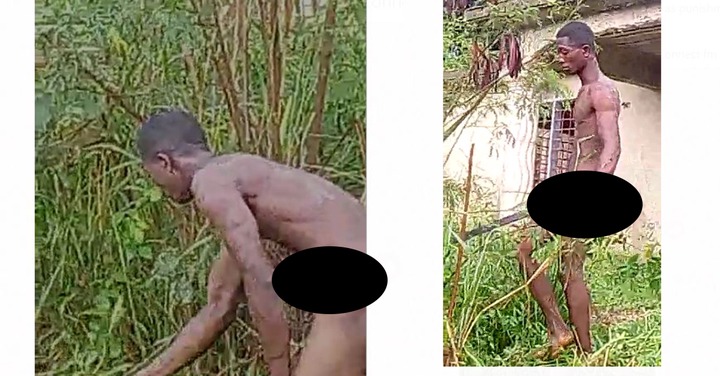 He started at dawn and in the morning, he was still weeding and this is where the drama unfolded. The thief was tired and could not continue weeding until he asked the angry mob to allow him to face the laws of the country because being jailed will be better than the huge acres of land, he is being asked to weed.

But his plea was not heeded, he was asked to continue weeding until they are satisfied before he will be allowed to go. The thief, had no other option than to continue until the mob was satisfied with his work. They later freed him with a warning not to steal again.

Medikal, Obour Belling, And Two Others Who Have Been Arrested For Brandishing Guns