Officially He Is Permitted To Keep His Beards And Hair - Saeed

By Wolibismark (self meida writer) | 29 days 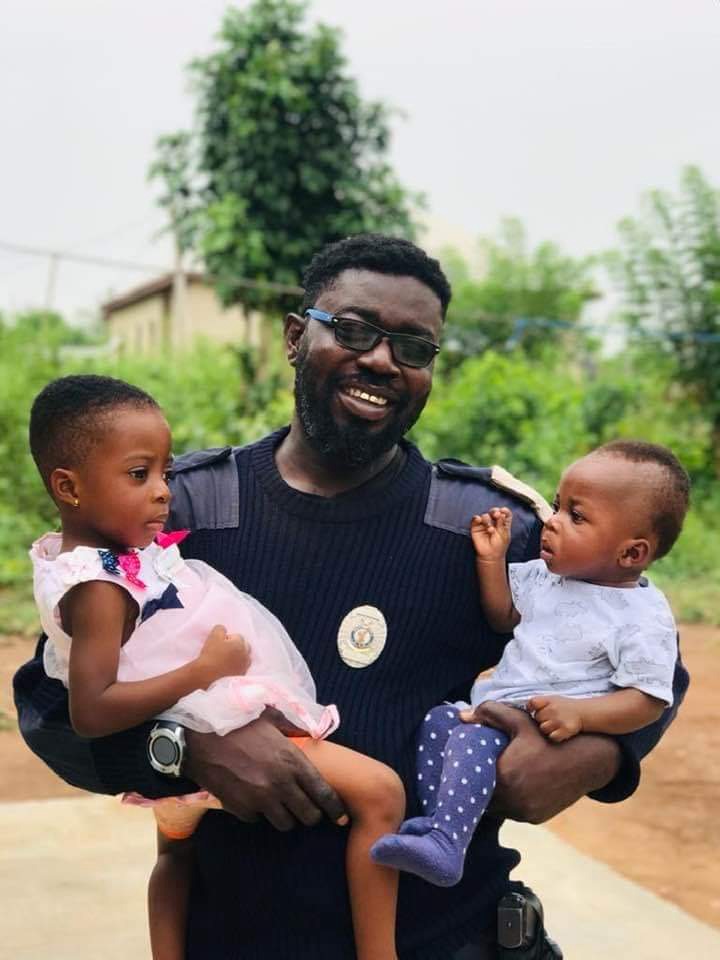 A picture has gone viral on almost all social media platforms, where a police officer was spotted with beards and brushy hair in active service which triggered a controversy, on the internet.

Many are on record to have said they never seen in any part of this world, a police officer keep beards, wear ear rings and looks like a Rasta man while in active service. Others described him as a purported armed robber recruited into Ghana Police Service.

One was on record to have said; "How on earth can you convince me that these guys are not some of the armed robbers on our streets, Sad time to be a Ghanaian"

Sincerely, due to health reasons some officers are permitted to keep their beard in Ghana and many parts of the world. 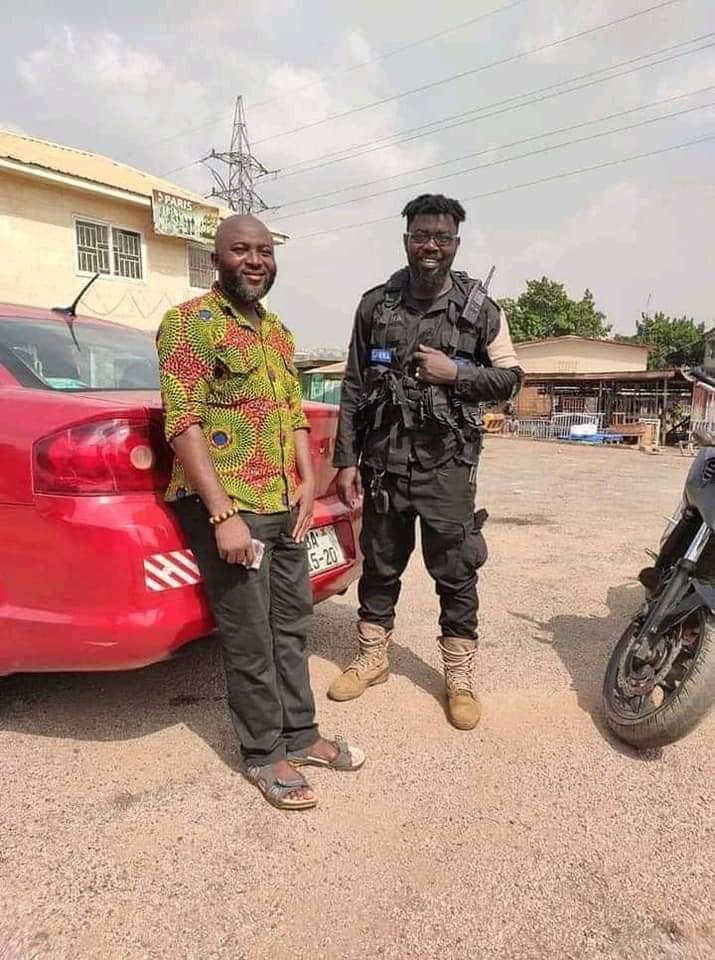 The trending photo in question was first posted by Saeed who goes by facebook name Benito Swarz. He is the elder brother (blood relations) to the officer from the Elite Rover Unit of the Ghana Police Force.

According to Benito, the picture was taken somewhere in January when he visited his brother on duty, at the time he heard so much of his bravado, so many good reviews being reported on the radio, from his senior colleagues and from friends about his bravery and how he single-handedly averted and saved lives through attempted armed robberies in his operational zone, a daredevil, whom he was told is feared by criminals in his operational zone.

"I was informed that he had very high arrest records, decorated and dedicated to the Service.

His Unit is the Rover Unit, which is tasked to combat Car snatching, mobile money robbery attacks, first response at accident scenes and robbery scenes and perform investigative duties. The Rover Unit has chalked so much success in this regard which the media does so well to cover".

Five facts about the said officer that might be in the interest of the general public;

1. He joined the Ghana Police Force in 2011 after duly qualifying and going through all stages of his training.

2. He has been officially permitted to keep his beard and hair in active service.

3. His Unit, The Rover Unit of the Ghana Police Force has very excellent records in fighting crime, particularly crimes that involve instant pursuit and high speed chase of criminals on foot, motorbikes and in vehicles and this Police Man in this photo is the ultimate daredevil at combating these criminals, as his colleagues tell me.

4. He from Bole/Bamboi Constituency and had family with various political ideologies. His uncle (direct brother of his mother, same father and mother) has been former NDC DCE for Bole/Bamboi from 2009 to 2016 and his Auntie took over as DCE for NPP from 2016 till date.

5. He is very famous in Bole Bamboi and mingle with people regardless of their political affiliations. 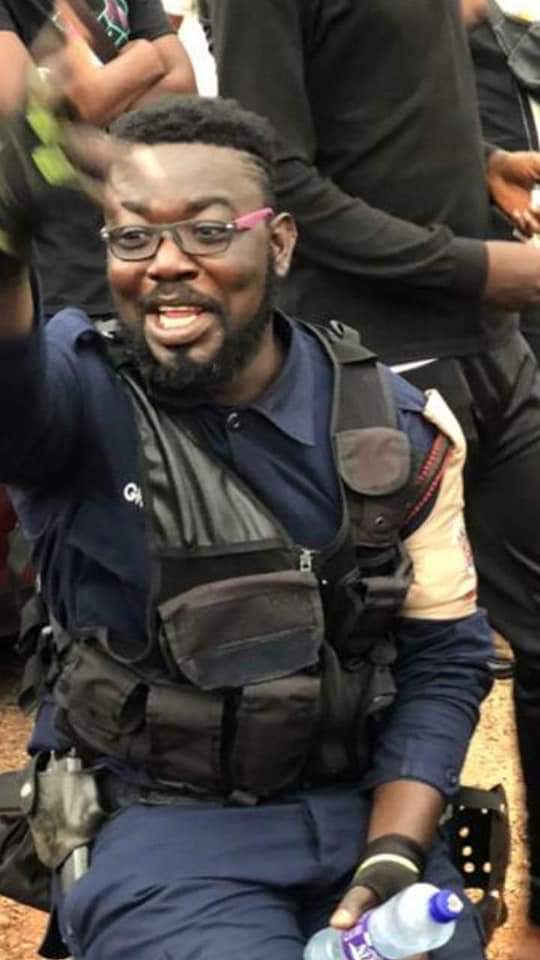 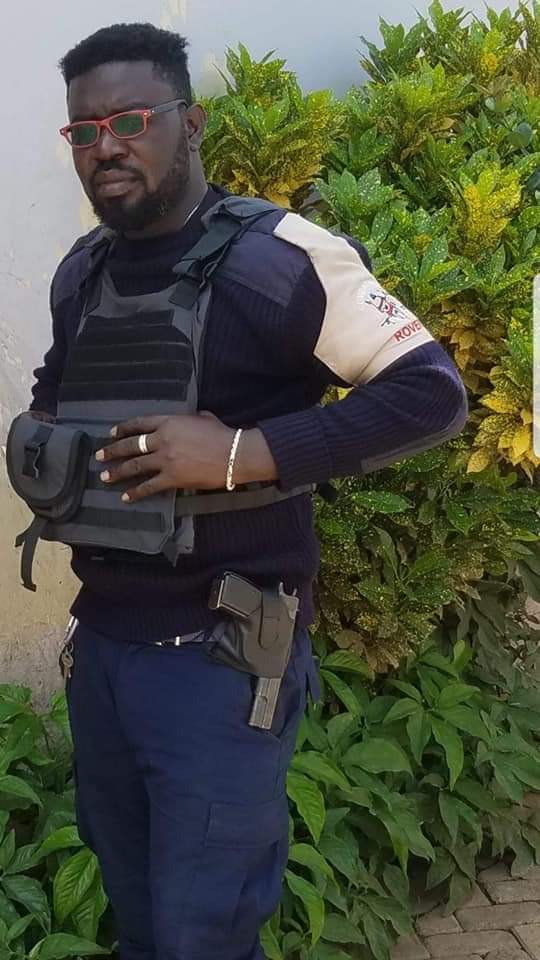 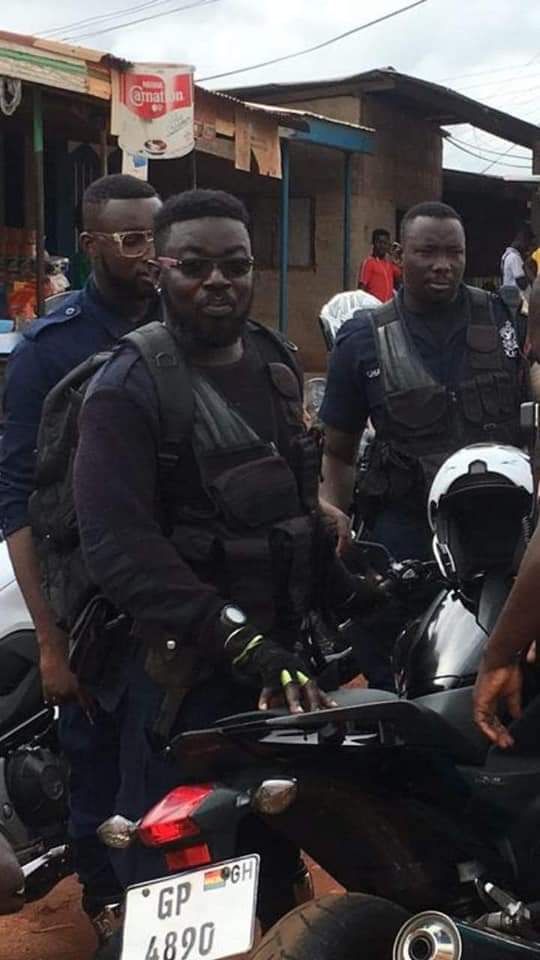