Two Years After His Death, Family Of Ahmed Suale Sends A Strong Message To The Police

By Tawheednews (self meida writer) | 7 days 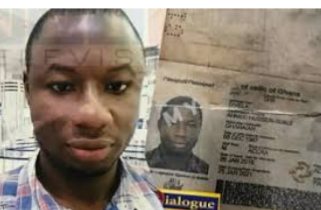 It has been 2 years since Investigative journalist, Ahmed Hussein Suale was murdered in cold blood.

The Investigative journalist was short severally in his car in January 2019 by unknown gun men who are still at large.

The Police are yet to effect any arrest after a little over 2 years of the incident that many described as a dent on the security of journalists in the Country.

Due to the failure of the police to arrest perpetrators of the crime, the family of the late Ahmed Hussein Suale are demanding that, the Police must act quickly to arrest the perpetrators who murdered the journalist.

Speaking to JoyNews, brother of the late Ahmed Suale stated that, the family expects nothing but justice for the death of Ahmed Suale.

He further stated that, over the past 2 years, the Police have been given the family the same feedback, which is that they are investigating the matter.

He also stated that, the death of Ahmed Hussein Suale has affected the wife and children of the late journalist and the police must speed up investigations in to the matter.