The seriousness of COP George Akufu Dampare, the acting Inspector General of Police to combat crime and its related activities in the country is gradually taking shape. No matter who the person may be, once they go contrary to the laws of the country, trust the Dampare led police administration to take action.

A perfect example is the recent arrest and detention of Apostle Dr. Isaac Owusu Bempah and some of his junior pastors. COP George Akufo Dampare is indeed sending signals that nobody living on the soil of Ghana is above the laws of the country. When the government announced that the list of MMDCEs will be released, it was expected that some members of the New Patriotic Party will take the laws into their hands and cause mayhem. 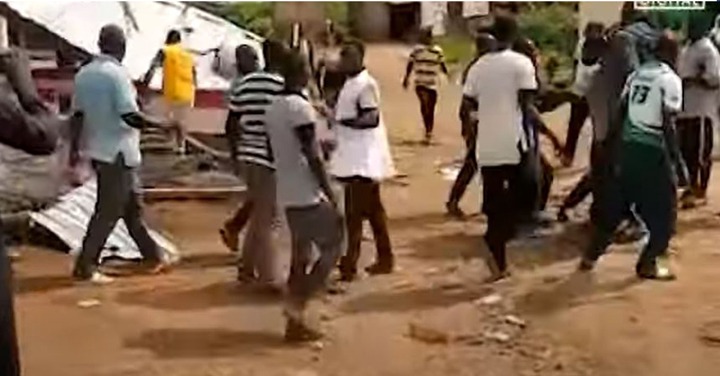 This made the police send an early warning that anyone who tries to cause confusion will not be spared. As faith will have it, some angry supporters went to town and started destroying properties. Some of the mayhem was recorded at Odododiodio, Teme Central, Nzema East, and many others. It was sad at Chereponi in the North East Region when angry NPP youth who felt their candidate was not nominated started vandalizing party properties. 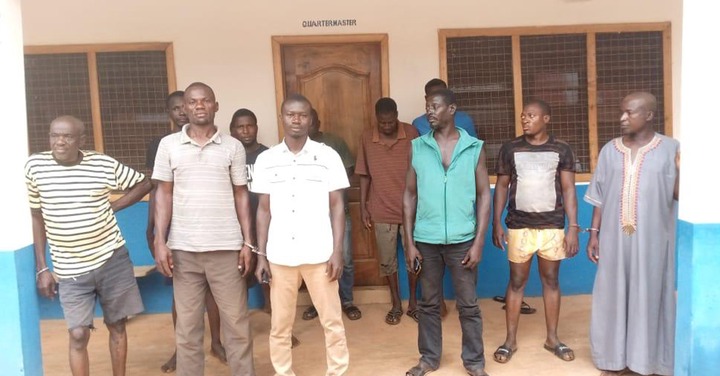 They set the party office in the area ablaze and engaged the police in a face-to-face battle. As if they were enjoying their freedom with no one chasing them, the Dampare led police force stormed the community at dawn and arrested over ten young men believed to be members of the NPP and participated in the mayhem. 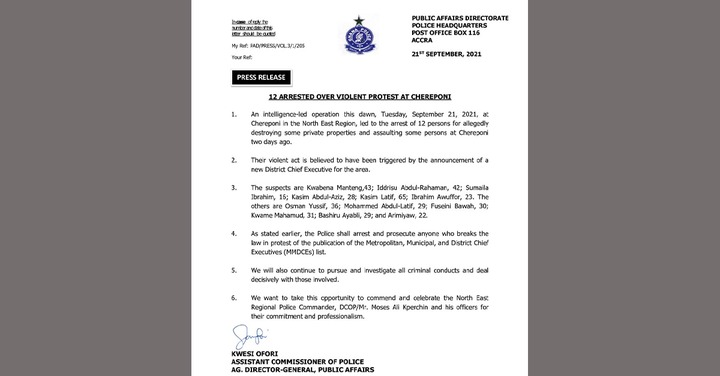 The police have released a statement on their official Facebook page indicating that the young men have been arrested. They will subsequently be prosecuted at the law court. Their lawlessness has landed them in big trouble whilst the candidate they were fighting for is still enjoying his freedom. This is the exact advice young people who follow politics are always told. The politics can be played whilst the country remains peaceful. Those who try to cause trouble will always face the laws accordingly.

Kelvin Taylor Settles Debate On Who Becomes The Flagbearer Of The NPP In 2024.

It cannot be business as usual: Sammy Gyamfi sends a message to the NDC ahead of the 2024 elections