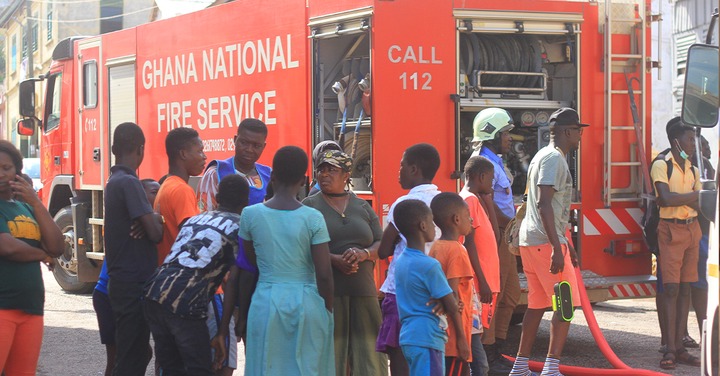 One of the common characteristics in Sekondi, one of the Twin Cities that forms the capital of the Western Region is the colonial nature of the buildings there. There are several high-rise buildings that were built many years ago and are still being occupied by residents since they look very strong.

It is one of such buildings that has caught fire in Sekondi. In all, about twenty-four rooms make up the apartment with several occupants. In the afternoon of Thursday, August 12, 2021, people who were in the apartment started noticing smoke blowing from one of the rooms, they thought it was nothing serious until the fire escalated. Those who had the strength started running for their lives. 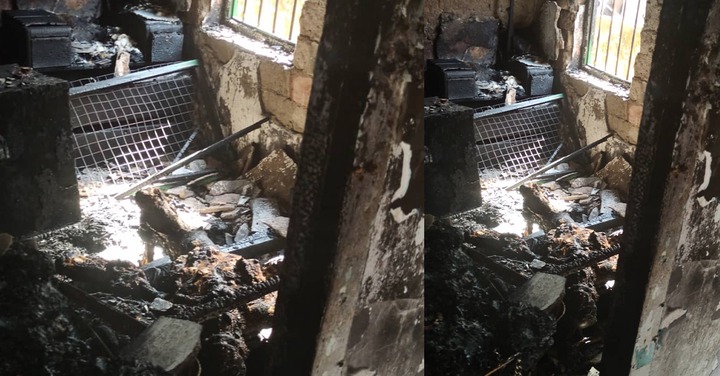 They started shouting for help but the extent of the fire could not allow anyone to get closer. The fire service was called but as usual, they got there late. The sad aspect of the entire spectacle is that, as the young people were running for their lives, a sixty-six-year-old woman could not move and got trapped in the room. Her four sons who live outside the house quickly came to the scene in an attempt to save their mother but to no avail. Others could be seen saving their relatives from the outbreak. 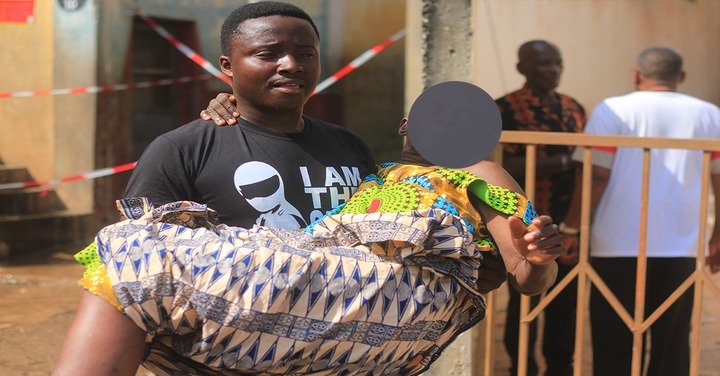 People rescuing their relatives from the fire outbreak

The fire service soon after arrival brought the fire under control. They quickly started searching for the sixty-six-year-old woman but it was too late. She had been burnt to the extent that only her bones could be seen. Her sons could not help the situation and started crying when they saw the lifeless body of their mother. It was a sad atmosphere for almost everyone who was at the scene.

Residents from the Asafo Street in Sekondi where the fire outbreak happened called for an ambulance to convey the dead body of the woman to the morgue for investigation and preservation. Almost every property, including televisions, fridges, beds, and many others in the three rooms that were affected burnt to ashes. For now, the Ghana National Fire Service has not been able to ascertain the cause of the fire but some residents are alleging that a tenant in one of the affected rooms keeps petrol in the house and that might have triggered the outbreak. 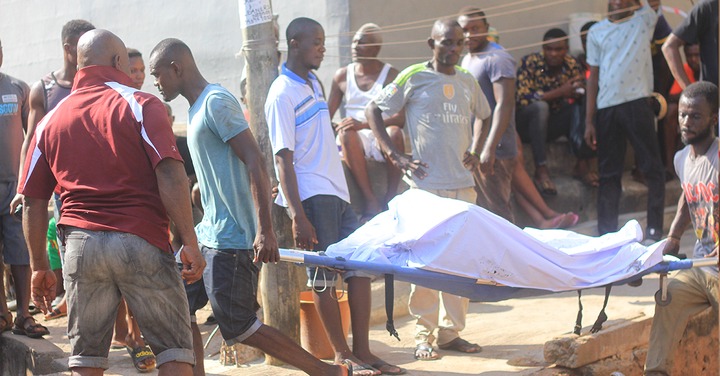 Body of the Deceased

The name of the deceased has since been given as Cecilia Koomson. She left behind four sons. Out of the 24 rooms, three were affected. In the meantime, the Ghana National Fire Service has started investigations into the incident whilst the National Disaster Management Organization has been making arrangements t assist the affected persons.