People in the Jaman South District of the Bono Region will be able to have a sound sleep today as their worries over crimes have been partially solved. Jaman South is one of the twelve districts in the Bono Region and it is known for its Yam and Cocoyam ways of pounding fufu. They were the starters of Yam and Cocoyam been used to pound fufu whiles the Akans who brought the preparation of the food uses plantain and cassava. Jaman South residents, especially those coming into Drobo or going out, have been facing several forms of crimes from 2015 to today, which they became lucky when the police of Drobo and Brekum made a victory arrest early this morning.

Where ever you pass in Drobo, it is either you have a weapon to protect yourself or you don't walk alone. They will come after you from unknown locations while you drive or walk alone, and if you are walking, your phones, money and expensive jewellery like watches, necklace and all that will be taken from you. If you are driving, your car plus everything within it will be taken and never will you see the car or the thieves again. But a different set of criminals still comes after you on a different path, and this has been going on since 2015.

The police have set up various entry checkpoints but the thieves keep winning every time and when the amateur criminals are arrested, they make mention of Pain Killer been the one behind it. Pain Killer who is Augustine Kyeremeh in real life, is the cause of the robbery in all of the district and in some cases, sends messages to the public when he is been haunted for. Kyeremeh has been on Police wanted list for over four years now, and run out of lack this morning, when he was ambushed in a police patrol.

Kyeremeh after three robberies in Drobo last week, went to kwabe, a community within Drobo. He went there to hid as usual, so the search for him can calmn down. The police had hint and increased their vigilantism so nothing can escape their eyes. Kyeremeh at Kwabe did not just lie low but rather ended up killing nineteen goats that belonged to other people within the community. He threatened to kill them should they talk. Kyeremeh called a food delivery truck to come for the meat, so he could use the delivery truck and escape the town because of the heat the police was giving in search of him.

They loaded Kueremeh and the meat into the meat truck and drove off. The police at Drobo checkpoint four, stopped the truck and requested to see the truck. The driver gave the police a tip-off to force them to stop because they were carrying dead animals for their company. The police arrested the driver for bribing them with 100cedis and went ahead to check the truck. Kyeremeh fired first shots at the police and wanted to run away when the police opened the truck where he was hiding with the animals. The police forced him to run out of bullets before threatening to shoot him should he try to load the gun again. He was arrested and in police custody waiting for court on Tuesday morning. 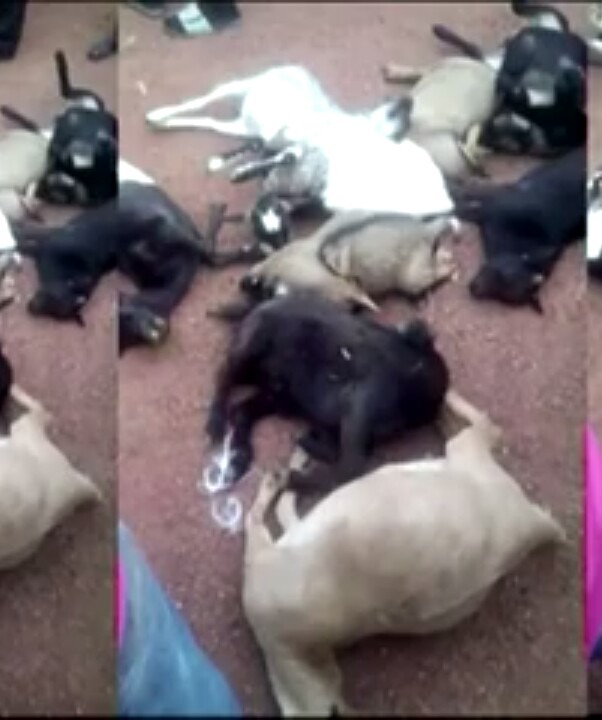 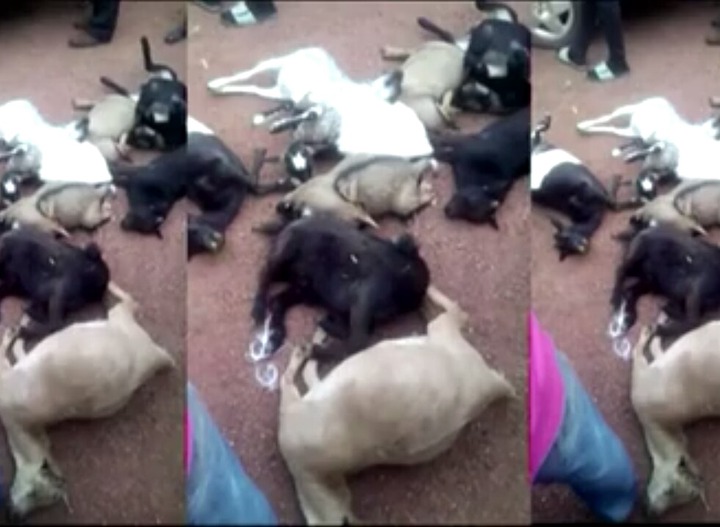