Fact: Did You Know In 2009, Nigeria Police Arrested A Goat? Check Out Why.

By TheGhostP (self meida writer) | 21 days

Due to so much faith in black magic and the high level of illiteracy in Africa, unbelievable things happen.

In Africa, shapeshifting or the ability of witches, wizards and magicians to change to animals and objects are said to be real. 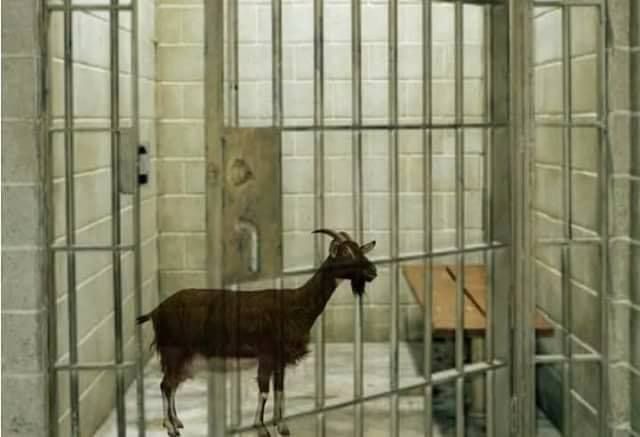 In 2009, Nigerian police held a goat for being an “armed robbery suspect”, as a spokesman eloquently explained. The goat was handed to them by a vigilante group which said the unfortunate animal was a shapeshifter who tried to steal a car, but transformed into a goat when caught.

This news even reached international news organisations like reuters and bbc. 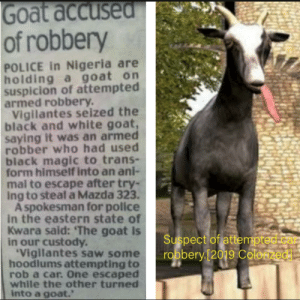 Nigeria's Vanguard newspaper has a picture of the goat and reports that police paraded it in front of journalists in the Kwara state capital Ilorin but this was denied by national police spokesman Emmanuel Ojukwu.

Most people attributed this action of the police to illiteracy since most of them do not have a higher education. Was the police wrong in taking that step?

Can you arrest someone who shapeshifted right in front of you??

Drop your opinions in the comments sections

Content created and supplied by: TheGhostP (via Opera News )