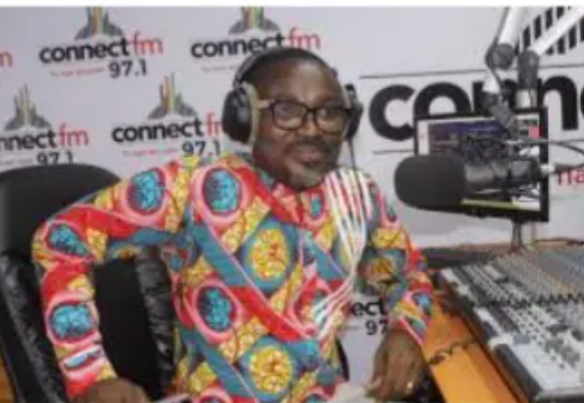 A popular radio station host in the Takoradi Metropolis has been remanded in to Police custody for two Weeks by a Court.

The journalist, Paa Kwesi Simpson who is a morning show host for Omanbapa program on connect FM was invited by the Police after publishing fake kidnapping news on Tuesday.

After appearing in Court for the first time, the Court remanded him in to custody for two Weeks.

According to the Police, the journalist reported in his show that, one gentle man called and claimed that, his girlfriend has been kidnapped.

The journalist further went ahead to publish the story on Ghanaweb and other news portals.

But, upon series of investigations by the Police on the alledged kidnapping case, there was no prove that, the story is true.

He further indicated that, the kidnappers were demanding a ransom of two thousand Cedis before the lady by name, Stephanie Kumiwaa was released.

Friends and colleagues of the journalist were disappointed who stormed the Court left disappointed after he was demanded.