By Ccobbina (self media writer) | 7 days ago 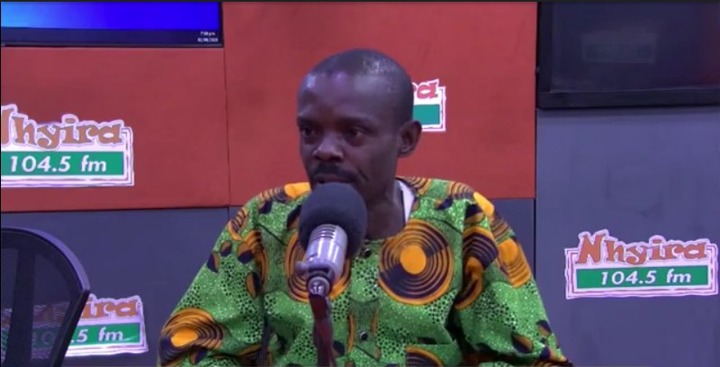 A man by the name of Kwadwo married his wife and gave birth to triplets in 2006, he said they were all surprised when they found out that they will be giving birth to triplets because both of them are farmers and they only depend on their farm products. But he tried his possible best to take care of the children. One day, he decided to help his wife to prepare food in the evening, a palm kernel fell on his feet in the process of preparing the food.

He thought it was a mere thing because the same thing happened to him whenever he is preparing food, he started feeling severe pains in his feet and couldn't sleep throughout the night. He woke up the following day to find out that his leg has swollen, he went to the hospital for treatment but his condition keeps getting worse.He was later transferred to Okomfo Anokye Teaching Hospital for further treatment.

He came back home but continued to feel pains and also has sleepless nights, it got to a point that he couldn't walk again so he stayed indoors for two years without going to work on his farm. He again seek help from different fetish priests and also spent all his money on his treatment still he has not recovered from the illness. His wife who supposed to stay by him throughout this hard time too abandoned him because he was not able to work again to support her. Kwadwo is pleading for help to get relief from the illness so that he can work and take care of his triplets.

High Court Finally Reacts To The Case Of UK Burger Who Wanted To Use His Daughter For Sakawa.