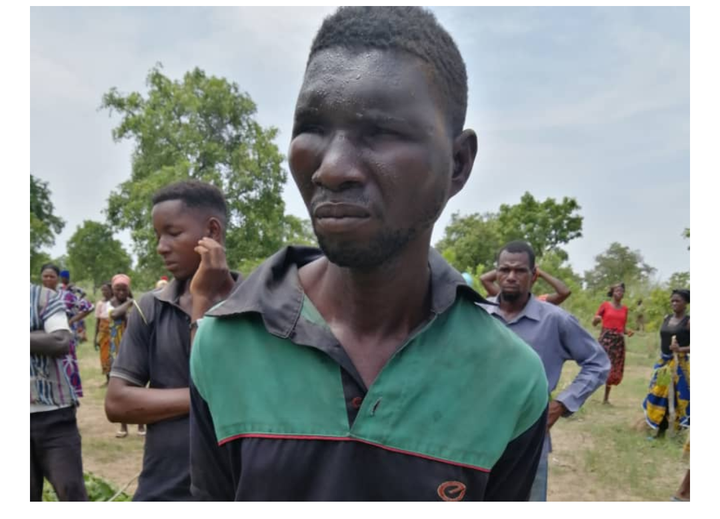 A 35 year old man at Uro- Mekaa near Kalba has allegedly murdered a 50 year woman who did not want to marry him.

According to the Sawla-Tuna-Kalba District Command of the Ghana Police Service and a report issued by the Savannah Regional Police PRO Sgt Agyekum, stated that on May 27, 2021, Martin Kojo Soyintey, of H/no unmarked, Vongbe, near Kalba called at the Sawla charge office with a report that at about the suspect Kpeyiri Neiba, aged 35 years murdered his cousin Janet Ansaaku aged about 50 years in the bush at Uro-Mekaa near Kalba.

Police accompanied by the complainant proceeded to the scene of the crime at Uro-Mekaa bush and found the deceased lying on a prone position with a deep cut on the head in a pool of blood, the police report stated. She was clad in a black skirt with white top.The body was photographed before it was moved and deposited at Sawla district hospital for autopsy.

The suspect has been arrested and currently in custody for investigation.

According to the police he was interrogated and confessed to the crime stating that the deceased failed to marry him.

Postmortem examination had been performed on the body of the deceased by Dr. Roger Derigubah of Sawla district hospital after it had been identified to him by Martin Kojo Soyintey, junior cousin of the deceased in the presence of D/L/Cpl David Boahen of police, Sawla.

The medical officer promised to submit his written report to police later while the body had been released to the bereaved family for burial.