All you need to know about "dumsor", it's history.Read here 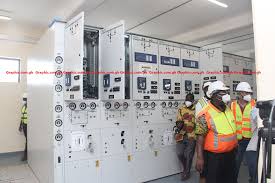 In Ghana here, dumsor means (off and on),it is mainly used by the people when there's a persistent, irregular, and unpredictable electric power outage.The frequent Ghanaian ligh outs are mainly caused by shortage in power. Ghanaian generating capacity by 2015 was 400-600 megawatts, less than what Ghana needed. Ghanaian electricity distributors regularly shed load with rolling blackouts.

Just at the beginning of 2015, the dumsor schedule went from 24 hours with light and 12 without to 12 hours with light and 24 without. The long light out contrast with the practice in other countries, where blackouts roll rapidly so that no residential area is without power for more than one hour at a time.

The re-introduction of dumsor in 2019 without publishing the requisite load shedding schedule came along with the term dumsaa meaning off for a considerably long time or off all the time.

Ghana's power supply became erratic in around the early 2001. The generation capacity was reduced,due to a significant drop in water levels at the popularly known Akosombo Dam (Ghana's main hydro-electric dam). Water levels rose and the crisis of power was temporarily resolved in late 2008.

In around August 2012, the government told Ghanaians that a ship's anchor cut the West African Gas Pipeline (WAGP), forcing gas turbines to shut down for lack of fuel.Since 2012, load shedding has become a regular experience, and the country has plunged into a major power crisis.

Many Ghanaian companies were collapsing due irregular power supply. The Institute of Statistical, Social and Economic Research (ISSER), in a report, stated that Ghana lost about 1 billion dollars in 2014 alone because of this dumsor situation.A woman in labour at the Bawku Presby Hospital who gave birth and was on oxygen lost both her life and that of the unborn baby after power supply went off in February 2016.

Electronic equipment has been avoidably damaged, and refrigerated food regularly spoiled.Contrary to the published load shedding schedule, blackouts concentrated on poorer neighbourhoods of Accra.Health and safety was also harmed, with hospitals having no light, and electricity to run fans, contributed to an increasing malaria risk. 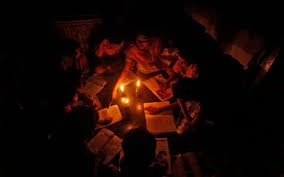 Political effects dumsor had then;

The 2004-2005 load shedding period happened under President John Agyekum Kufuor's administration but was not too frequent as during the tenure of John Dramani Mahama. The 2009–2011 load shedding period began when John Dramani Mahama was in government as Vice President. After the death of then-President John Evans Atta Mills during when the persistent on and off nature of the power supply in the country became abhorrent, Ghanaians out of frustration named the situation "dumsor". The Mahama government blamed it on the government's inability to add significant generating capacity over the years and promised to fix this. Karpower Burge was brought in to solve the problem.

The Ghanaian transmission system has been criticized by the World Bank for its poor financial and operational practices.

The Ghanaian Power ministry was created in November 2014, using the same staff as the continuing Ghanaian Ministry of Energy.Ghanaian actress Yvonne Nelson then started the #dumsormuststop campaign on social media and other Ghanaian celebrities joined her. Subsequently, hundreds attended a vigil in Accra on 16 May 2015 to protest against dumsor.

So as a Ghanaian, what's your take on this issue..let me see your answers in the comments section.