Surprising: Motor rider shows Taekwondo skills as he takes down three robbers with these things 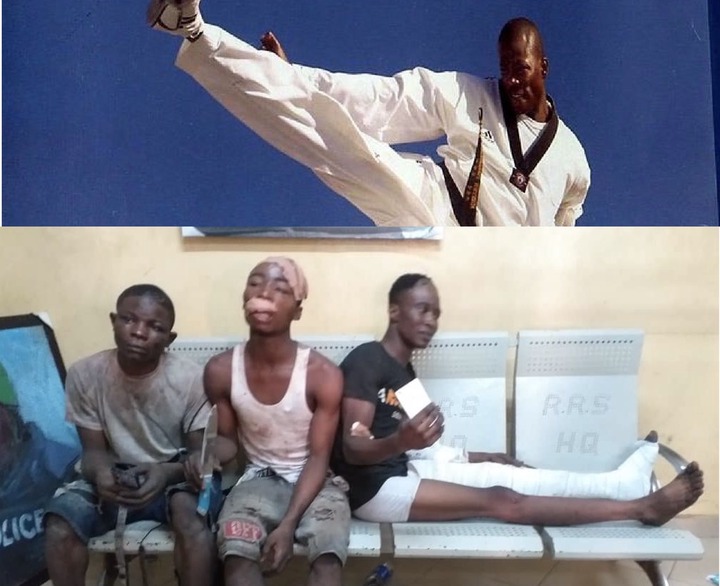 This motor rider has proven the need to be physically and emotionally prepared for threats since our normal daily lives are flooded with threats and crimes from all angles. It’s amazing how this okada rider prevented his motorbike from being stolen as he battled or fought these robbers who attacked him off and injured them.

Okada riders are also a few of the people in Ghana who fall victim to robberies. Motorbikes are easy to disguise and get away with. And with the growing increase in okada demand, robbers are finding their ways through every possible means to snatch as many bikes as they can from okada riders.

At Nima this morning, young men who are believed to be one of the area robbers met their match as a motor rider took them down alone. According to the motor rider who claims he was forced to act this way due to the situation he found himself in, the robbers chased him on one motorbike for several minutes. He claims he knew he could take them down when he saw them from afar sitting on the motorbike. 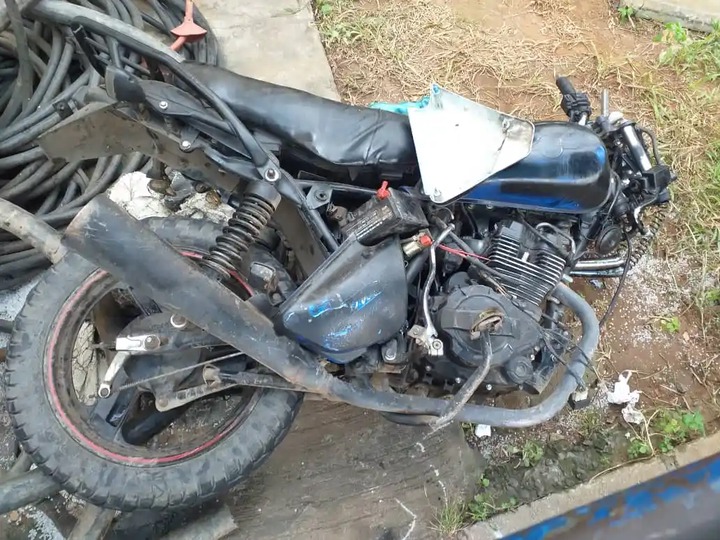 Initially, he was frightened because he was scared since he didn’t know if they had guns with them or not. As a result he sped than he had ever sped before as he tried to escape them by getting close to areas where people were many. The motor rider couldn’t get any safe place and was heavily chased by the robbers. They overtook him with their powerful motor and that’s when he claims he crashed his motor bike into theirs whiles jumping off the motor. 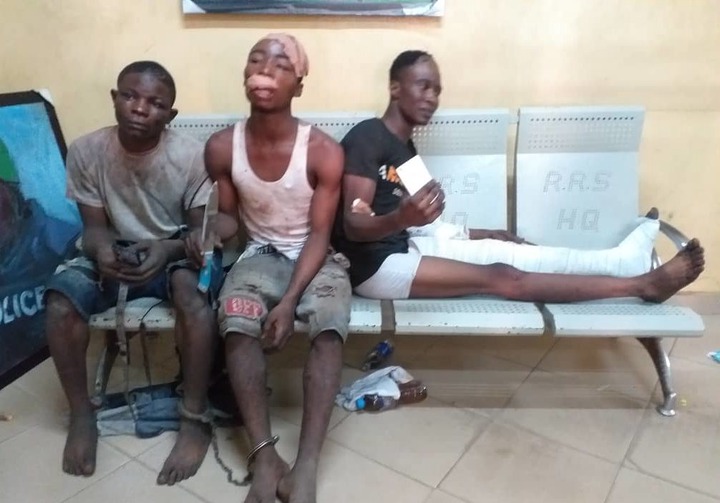 He grabbed a heavy wood around and hit two of them heavily as they could barely get off from the ground. One of the robbers who was riding the motorbike tried his best to escape. The motor rider claims these are not people he expected to be robbers because they were skinny and not fleshy. They didn’t have a gun but knives which he is very sure that they use to scare and threaten people for their possessions. Nima police are currently having the three robbers together with their rider who was caught after a tip from the arrested young men reached the police.