Twelve teenagers were trapped in a mining pit at Anglogold Ashanti Obuasi mine for five days. None of the boys is above 20 years old. The young guys dug into the mine and entered the pit. They got trapped in it not finding their way out. The family members of these boys reported the case to the management of Anglogold Ashanti Obuasi mine. The boys were rescued and arrested on the spot by the Obuasi policemen. 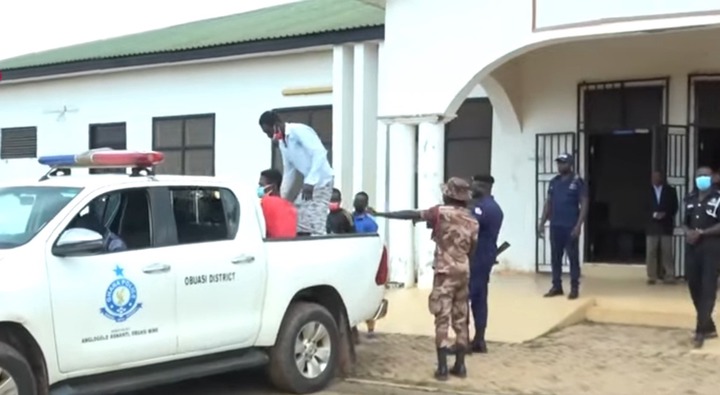 They were taken to the Obuasi District Court for trial. Family members of these boys thronged to the Court premises, creating a scene with some wailing and rolling themselves on the floor for the court to have mercy on their children. The parents of these boys blamed the management of the mine for trapping them in the pit to kill them. One of the mothers, Maame Kesewaa said when they informed the management of their children being trapped, management of the mine told them that they were aware that the children are trapped there. She said when the children were rescued they were very weak and were supposed to be taken to the hospital but are now in police cells. She said if care is not taken, their children can die in police custody. She added that the unemployment rate in Obuasi is very high and this is the reason why the children involved themselves in such a dangerous act.

She said whenever there is a job opportunity they always bring in visitors instead of picking youth from the community, although they promised to create jobs for them. Some of the other mothers called on the government to intervene and help release their children. 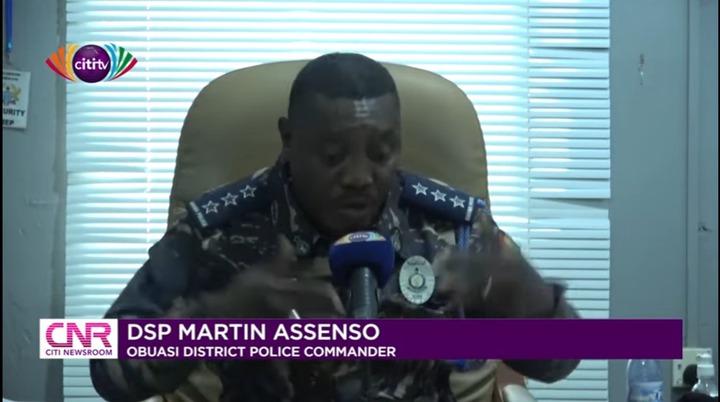 The Obuasi District Police Commander, DSP Martin Asenso said that the children may not be working alone. He said it could be a compromise from the mine, security or persons from outside the mine. Investigations are ongoing to come out with an outcome.