Mohammed Sale, a father, has been detained by the Adamawa State Police Command for reportedly murdering his 16-year-old daughter, Aisha. 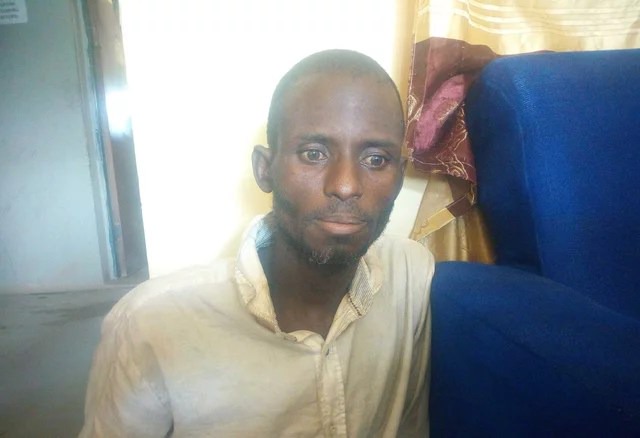 As per the report, the suspect's first wife, Zulei Mohammed, informed him that the death was not his real daughter since she was pregnant with another guy at the time of their marriage. Mohammed had shed all strong parental love and devotion for Aisha since then, according to reports, and had divorced her mother, leaving the dead with his current marriage.

Saturday, October 9, 2021, Mohammed, a resident of Sabon Pegi in Mayo Belwa, conspired with a buddy (who is still at large) to lure the victim into the woods under the guise of going to get fish for the family. Mohammed and his companion pounced on the girl and brutally beaten her to death with sticks. They stripped her naked and left her body in the bush after that. Mohammed's buddy urged him to call the police and report his daughter missing as they were driving back home.

They proceeded to Mayo Belwa governorates but also complained about Aisha's disappearance. Police and family members combed the neighborhood for Aisha but were unsuccessful. This same police came to believe Mohammed at some point in the investigation of the missing girl, according to reports. He was questioned right away, but he was unable to persuade the cops. He was then sent to the State Police headquarters' Criminal Inquiry Department (CID) for additional investigation, where he confessed to the crime.

DSP Suleiman Yahaya Nguroje, a spokesperson for the command, verified the event and stated that the suspect is being probed. DSP Nguroje stated that after the inquiry is completed, the accused individual would be charged and prosecuted in court.