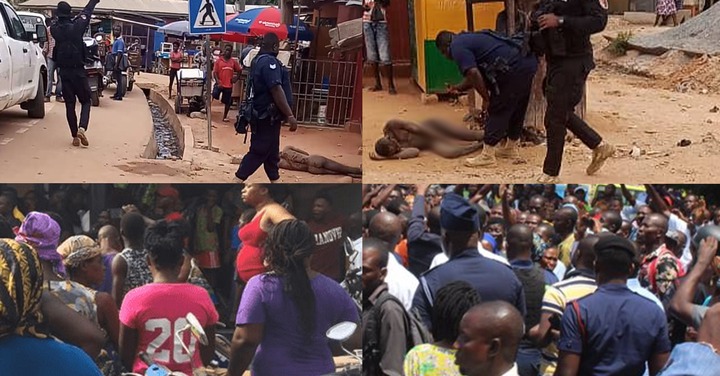 He was sprawling on the ground, near a gutter close to the community's toilet facility, close to the road that links the community in its neighbors, almost lifeless. Blood was oozing from various parts of his body; back, nose and legs. There was a deep cut on the eyebrow that had turned reddish due to blood that had oozed out of it. Death was almost staring at him. But the angry mob still wanted him to choose between his life and the items he stole.

That was how an alleged thief was seen in Diabene, a farming community of the Sekondi-Takoradi Metropolis. The Police arrived at the scene in a SWAT vehicle to attend to the situation after a call was placed to them. They took the thief to the Effia-Nkwanta Regional Hospital for medical treatment.

At the Effia-Nkwanta, the Emergency Unit failed to attend to the alleged thief, forcing the Policemen to take him to the Police Clinic at the Western region Police Command in Sekondi. It was here that, after the medical staff had finished cleaning him, the alleged thief gave up his ghost. The alleged thief was in his late twenties with the Police putting his age at around 27-28 years old. 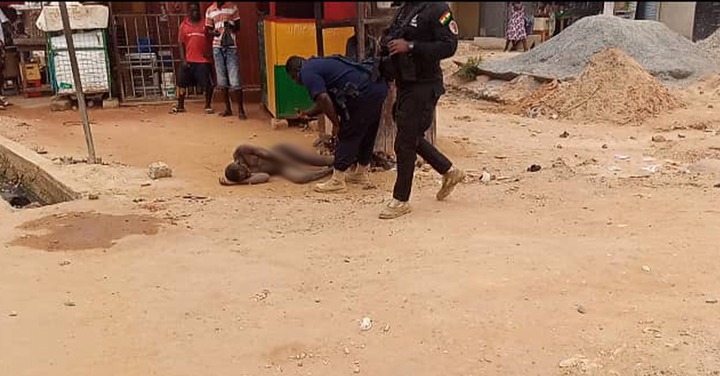 According to eyewitnesses in Diabene where he was beaten, the deceased was brought to the center of the community by a group of unknown young men, explaining that he had allegedly stolen a polytank belonging to a developer at a new site in Effrimikrom, an adjoining community to Diabenekrom. He had also stolen a mobile phone belonging to another person at knifepoint. 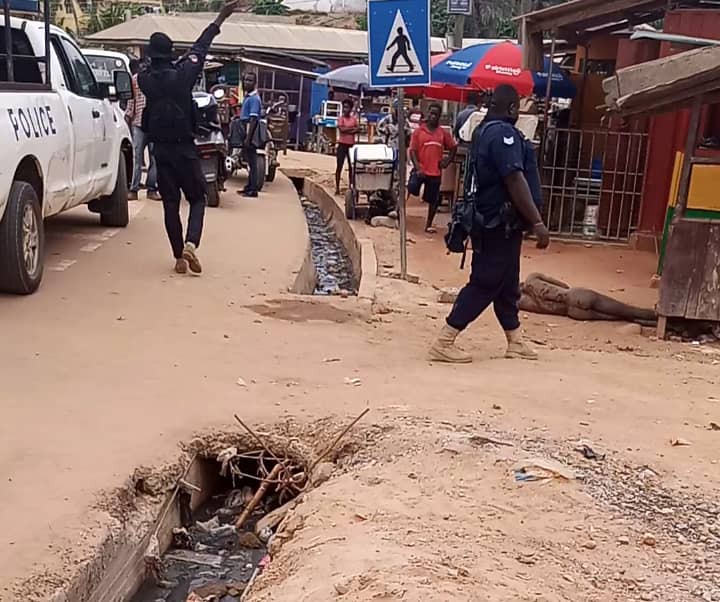 He could be seen beaten with woods, and sticks by the young men. The residents of Diabene who spoke to the media complained bitterly of wanton thievery in the area, claiming that these thieves can steal anything, from stone chippings to cement and roofing sheets; they steal just about anything to can lay their hands on. This particular thief was not lucky as the mob allegedly asked him to decide between his life and the phone.

They had earlier served notice that any thief they will arrest will not go scot-free; he will be dealt with severely to serve as a deterrent to other people who may be contemplating the same direction. It is unfortunate this young man had to lose his life in a sad way but the police have not made any arrest so far.