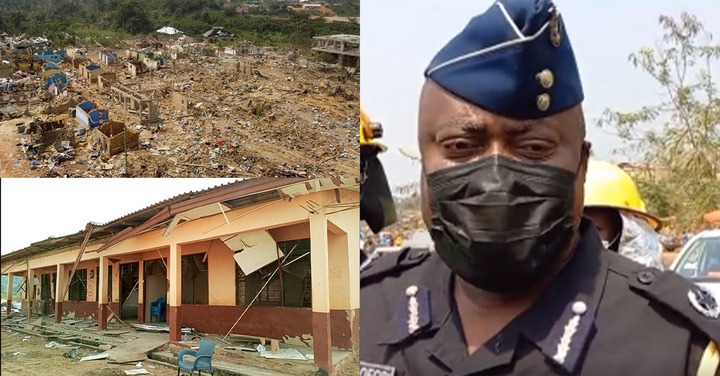 One of the touching stories from Apiatse after the deadly explosion was that the driver of the vehicle started running to the communities informing them to run for their lives. The Ghana Police Service led by IGP George Akuffo Dampare also revealed that there was a police escort in the explosive vehicle. They even released a statement with the name of the said police officer.

The Director of Public Affairs for the Ghana Police Service in a briefing showered praises on the police officer who was escorting the explosive vehicle for running to a school in the area to inform teachers and students to run further lives. He indicated that the driver together with the police officer quickly moved to the Apiatse community school to help evacuate the students to safety.

Many have praised the said police commander and the driver for their assistance in saving lives. But it appears all the above reports are false. Already, the chief in the area has refuted claims that there was a police escort. He has dared the police to prove him wrong. Apart from him, other members of the community have revealed that there was no police escort. As a cross-section of Ghanaians is lambasting the police for lying, the Prestea Huni Valley Director of Education has insisted that there is no school in the community. 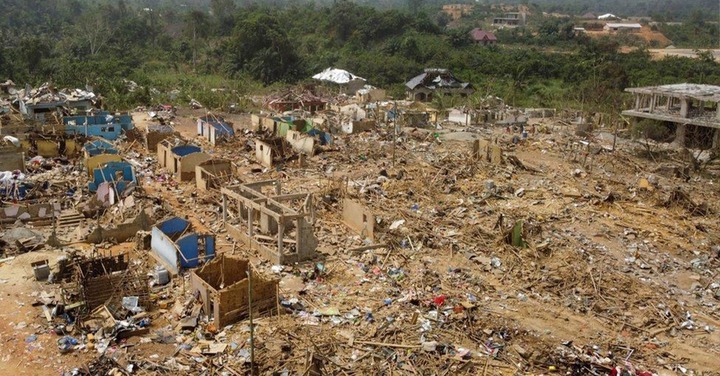 In an interview granted by the Municipal Education Director, Mary Vida Kwofie to Takoradi based Connect Fm and monitored by BeaNana she said there is no functional school in the community.

She was emphatic that the building that everyone saw as being affected by the explosion is an old training center for the Golden Star Resources mining company. The company later handed it over to the community to use as a school. The community tried to use the facility for a KG but since they could not pay the teachers, the program stalled. 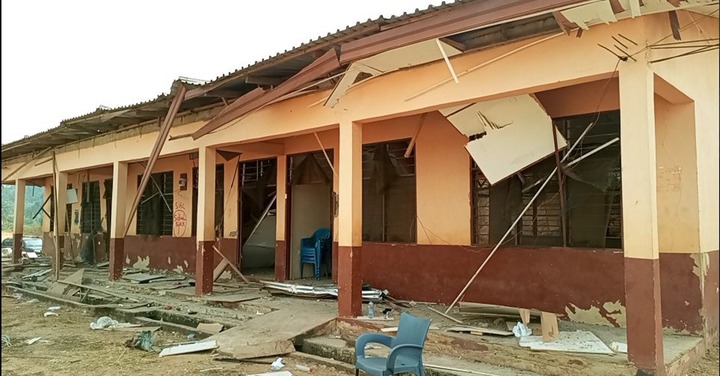 Now, members of the community are on the neck of the Ghana Education Service in an effort for the facility to be adopted as one of the schools for the government. The revelation has since exposed the Ghana Police Service who had earlier claimed that their officer run to the school and informed teachers to vacate the place.

From the account of the Municipal Education Director, the Ghana Police Service lied to the entire nation. There is no functioning school at Apiatse, there were no teachers and no school children in the facility everyone perceived to be a school.