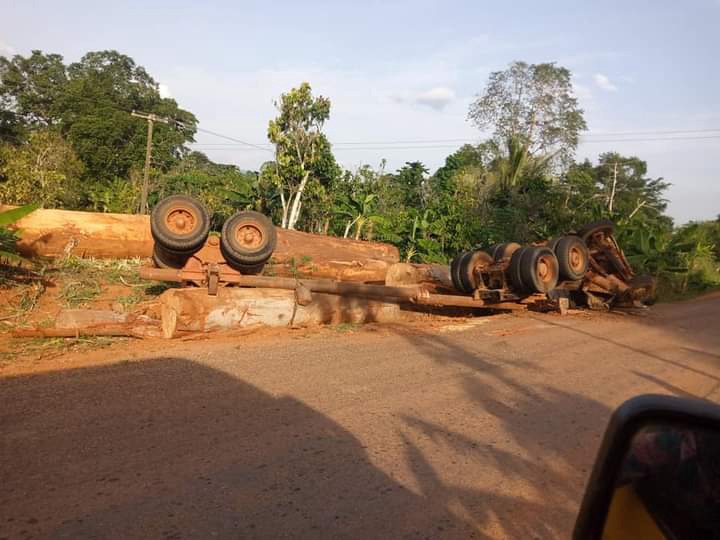 Two people have been confirmed dead this morning, after a deadly crash on the Kasapin to Gyasikrom road. The two who were all timber drivers, were transporting timber from Kasapin to Kumasi using the Gyasikrom route when they got into a terrible accident. DSP Philip Mensa who confirmed the sad news to Nananom FM this morning, was the one who transported the victims to the Goaso Hospital after the accident, but all two people who were sitting in the timber truck, couldn't make it alive after been rushed to the hospital.

What Caused The Accident?

DSP Philip Mensa was driving from Mim to Kasapin when he heard a loud sound but couldn't identify where the sound came from, because of the echo the sound came with. After driving for twenty minutes, was when he saw three men directing him to slow down as he approached a curve that leads to River Dentia in Kasapin. The three men who were all farmers, stopped DSP Philip Mensa so he could use his car to transport the victims to the hospital.

The sound the police officer heard when driving, was the sound of a collapsed Timber truck that had fallen on the curve of River Dentia. DSP Philip Mensa together with the three men was able to rescue all the two men in the truck on Wednesday and took them to the Goaso Regional Hospital where all the two victims lost their lives this morning. They had lost enough blood and the driver who was driving the timber in particular, had his ribs broken into pieces as the police officer confirmed to Nananom FM this morning.

According to DSP Philip Mensa, the accident might have been caused by a braking problem. Coming out of Kasapin, is a very sharp curve after River Dentia and it is a curve which is not boarded by any road signs, so drivers who are new to the road, are most likely to cause an accident but the driver who was driving the timber Kwame Aluluo, was a driver from Kasapin who knew the road very well and couldn't have caused the accident knowing there was a sharp curve ahead of him.

Though no technical examinations have been conducted on the accident to identify the cause, but DSP Philip Mensa strongly believed it was a breaking issue that would have made the driver lose balance. The driver might have lost control of the brakes when he came to the curve, and as a result, he couldn't slow down to bend the curve because of the high speed the truck was moving. 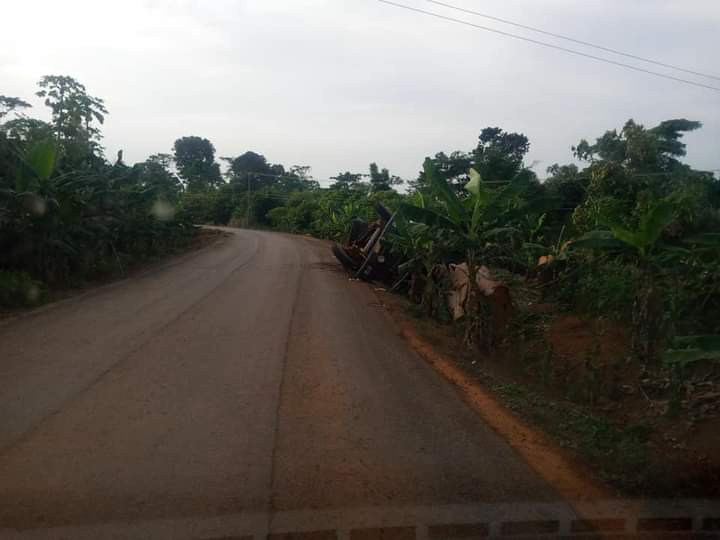 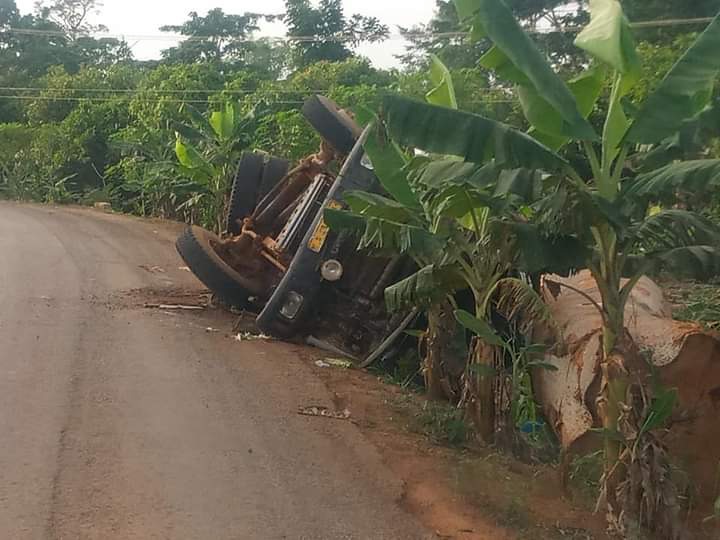 Professionals from other Field has managed Education Ministry better than Educationist as Ministers?