The issue of theft in the world has been on an elevating spree in these current times. Some people have made it a point not to hustle just to get money which would be used to cater for themselves and their family. For them, their principle has always been simple and easy. They watch people make it with their blood, sweat and tears and right after that, they sneak into the apartments of these people and take whatever they think is valuable.

Yesterday got people talking about how powerful our traditional religion is. They claim spirituality is very powerful and there would be no sin whatsoever in this world only if we had a stuck to the gods our forefathers worshipped some time ago. Why were they saying that? The gods had punished at a certain man who was suspected to be a thief after he broke into somebody's house and stole a sack which he found. We do not know the contents in the sack yet. Some people are assuming it was rice, others were also talking about the fact that it was likely to be sand but what we know is that, this thief is certainly going to regret his actions.

From the story, he stole the sack and left the venue for which he had taken the item. Right after getting home, he realized that he couldn't lower the sack to the ground. 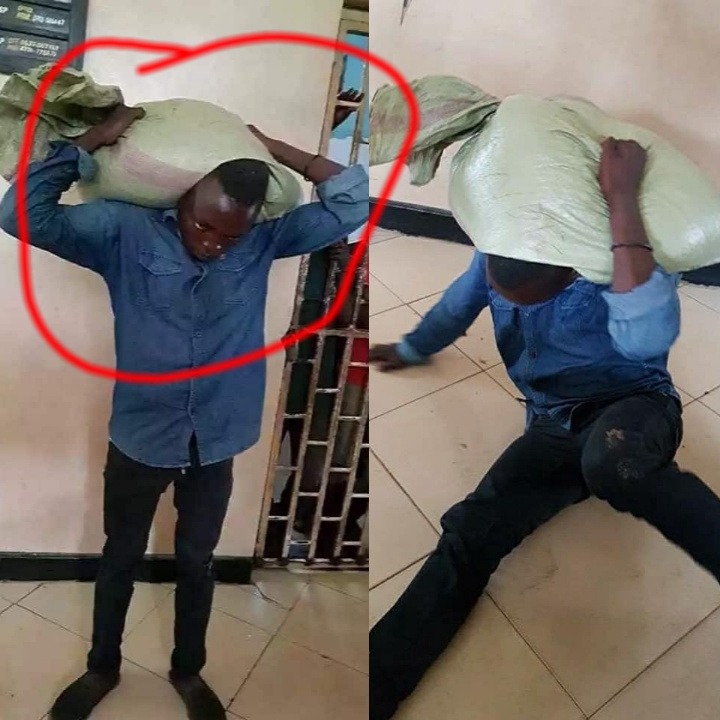 Like a glue, it had been stuck to his body and there was nothing that could be done to get it off his body. Sadly for him, it was kind of putting a huge pressure on his neck such that he felt the bone in his neck was breaking. This man probably went back to where he took the sack to return it but to his surprise, it was still not getting down. For this reason he decided to take it to the police. He knew reporting himself to the police could end him in hot water but it was better than moving around with a sack stuck to his neck. Below is a picture which was taken after he reached the police station. 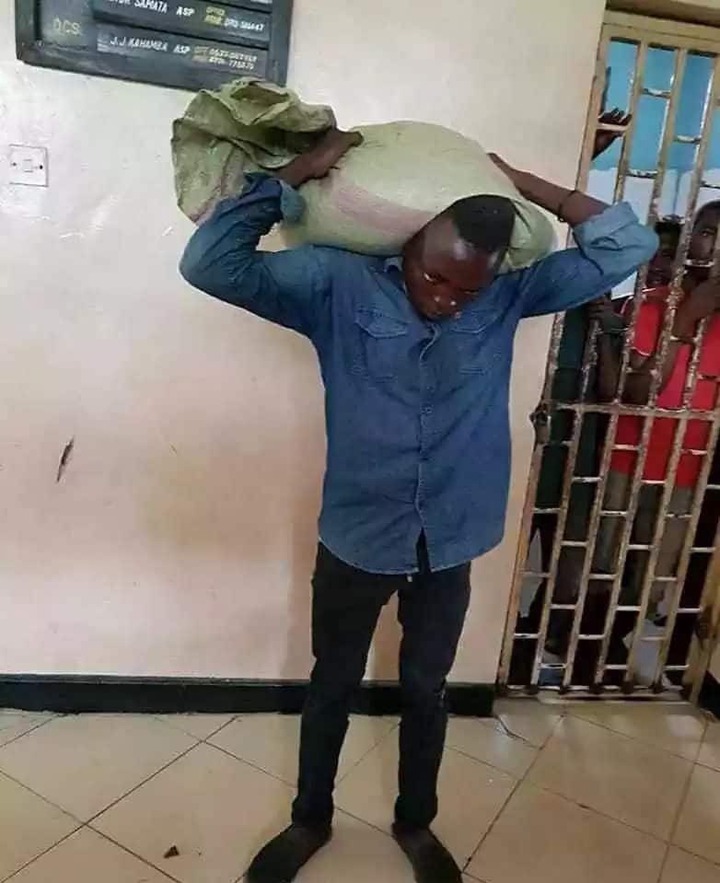 You could see that he was really stressed and had regretted his actions but it was all late. The inmates were gazing at him and were probably thinking he would join them soon. I don't know what would happen to him but I am pretty sure that he is not going to take it easy. 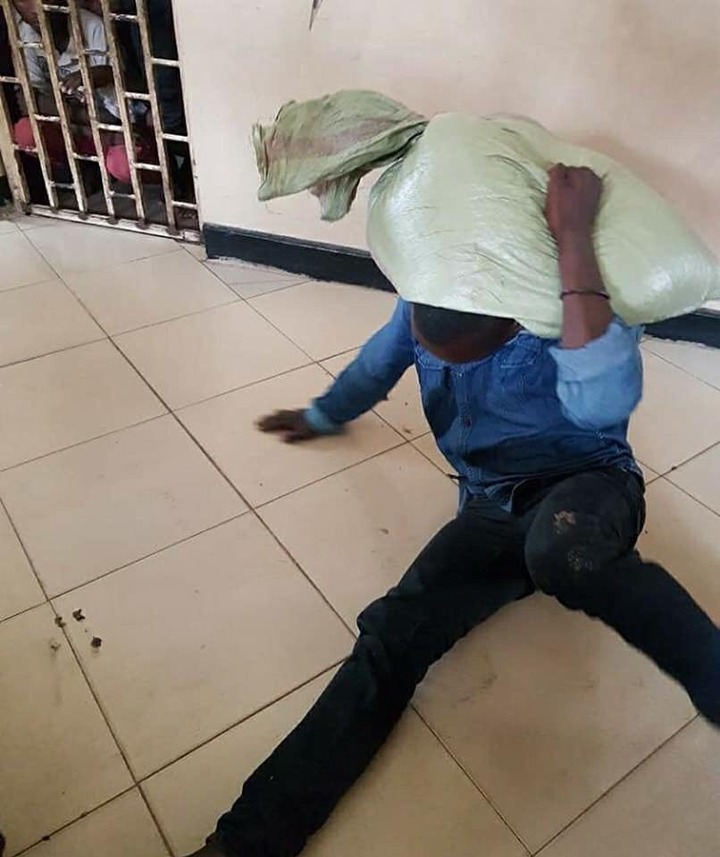 This should be a lesson to all of us who are moving freely in this world. Let us work hard to make it in life and not think the only way to make it is to steal what another fellow spent his whole life making. Thanks for taking time to read this and kindly let me know what you think about this in the comments.