By Darkx (self media writer) | 1 month ago 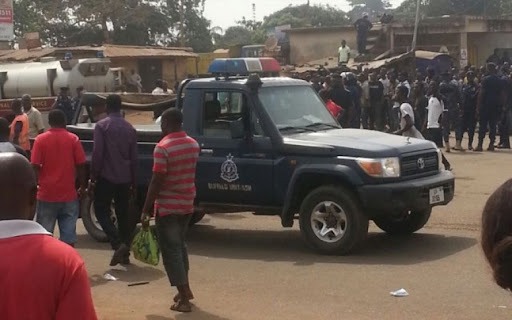 The Suhum District Police Command have arrested 2 persons for allegedly stealing a service AK-47 riffle. Robert Dodonu and Kwofi Agbeve, both who are 34 years of age were arrested based on investigations by Police. The Ghana Police Command retrieved the riffle together with two round of ammunition hidden in the homes of the suspects.

Sources within the Police district command indicates that the service riffle stolen was used in many robbery operations by the suspects including an attack on students in Suhum. DSP. Ebenezer Tetteh who is the Eastern Regional Police Public Relations Officer said the suspects will be arraigned when the Police finalizes their investigations.

"The search in Robert Dodonu's room revealed 2 mobile phones which the suspect by name Agbeve said, he gave to Robert Dodonu when he robbed some students in the juridical area.

What brings about robbery in the country?

Is it that the rate of unemployment in the country rekindles the unemployed to go into robbery?

Content created and supplied by: Darkx (via Opera News )