She is still alive but mother in police custody:Lady in trouble for dumping day-old baby in Polybag 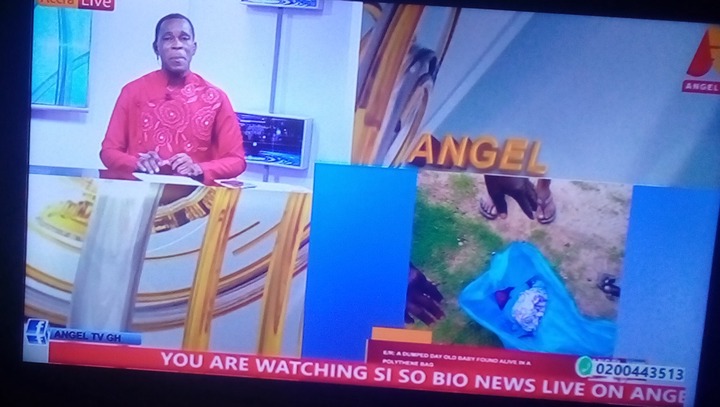 Another heinous crime has been confirmed at Akyem Nyanoah in the Eastern Region of Ghana.

Reports have disclosed that the baby was allegedly wrapped and packaged in a blue polythene bag by an unknown person this dawn (July 18, 2021) in the said community. 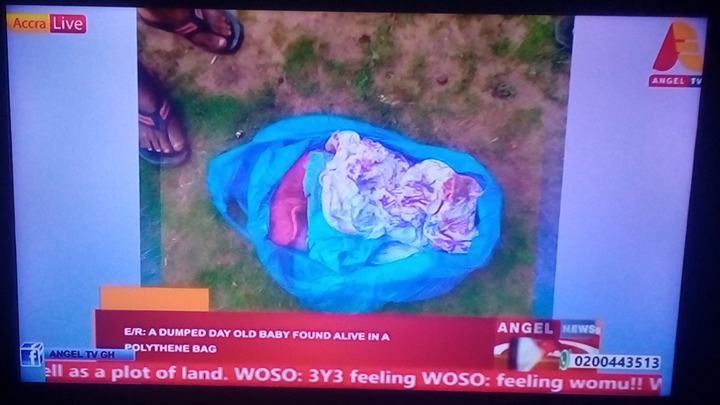 Later in the day, residents close to the refuse dump came into contact with the dumped polythene and tried to figure out what it actually contained.

Surprisingly, the found a day-old baby who was battling for her life in the bag.

The baby was then taken to the nearby hospital for the necessary care and medical support.

Police report was further filed at the Asamankese Police Station, for interrogative and investigative processes.

In the afternoon of the same day, some residents, who perceived to have identified a certain woman responsible for this act, hinted the police to grab her for further questioning. Some claim they spotted her, carrying a load, which contained a polythene bag.

Initially, the culprit, known as Sister Kakra denied the act, but she was sent to the clinic, and laid on the hospital bed, they found that she was bleeding profusely. This prompted the police to heighten their interrogative analysis; and regrettably, she unfolded the whole incident, and the events that necessitated it.

She insisted that the man who impregnated her has decided not to take care of the child, and since she cannot singlehandedly do so, she decided to abandon her.

Kakra is a petty trader who sells fried fish at Nyanoah.

She is currently in the hands of Asamankese Police Station, waiting further punitive actions.