Chief Imam of Achiase, a town along the Kumasi-Barrekese road in the Atwima Nwabiagya North District of Ashanti Region, Imam Ahmed Adams Antwi has stressed the need for the government to introduce firing squad concept into the state laws to help the authorities to apply it to punish people who are caught up in the acts of killing innocent people for ritual purposes.

Speaking to the correspondent here in Kumasi, Imam Antwi expressed worry about the rising trend in which ritual killings have been going on in the country.

Government needs to find solutions to curb the menace, and I suggest, firing squad can be the best option to make the deal, the Muslim scholar hinted.

According to him, he don't subscribe to instant justice nor harsh punishment against citizens, yet since shedding the blood of innocent soul is unlawful, nobody can blame the government if firing squad is introduced to punish ritual killers, among other related offences.

The Chief Imam cited that both Koran and Bible speaks against force killings, hence the two religious books state that those who kills through the sword died through sword, therefore firing squad can be the alternative measure to if not completely end ritual killings can curb it in the society.

He alleged that people use to kill for ritual sacrifices and engage solicitors to defend them in courts and go Scot free.

He queried about the justification on how a true murderer, not a suspect should be allowed to use lawyers to defend cases that are abominable before God.

Buttressing his point he further mentioned how some Islamic countries have allegedly initiated laws that deal instantly with wicked people who kills their fellow human beings as if they are killing animals.

He cited specifically Sheria laws that allow instant justice against people who kills, explaining that since wealth creation comes out of hard work from ones own toil, prayed that if his suggestion is taken into consideration would go a long way to discourage unnecessary killings apparently for monetary purposes in the society.

Allah created man for a special purpose, and not for people to use them for rituals to acquire wealth or fame, the humble Imam asserted. 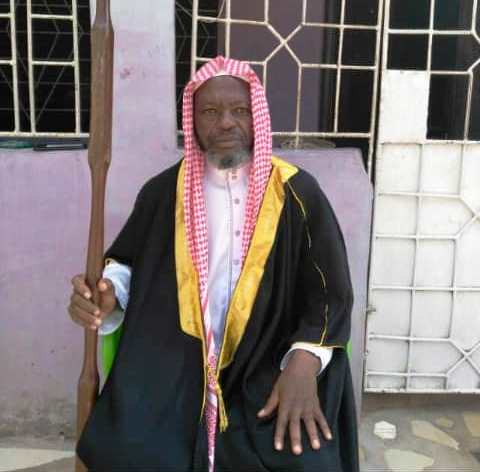