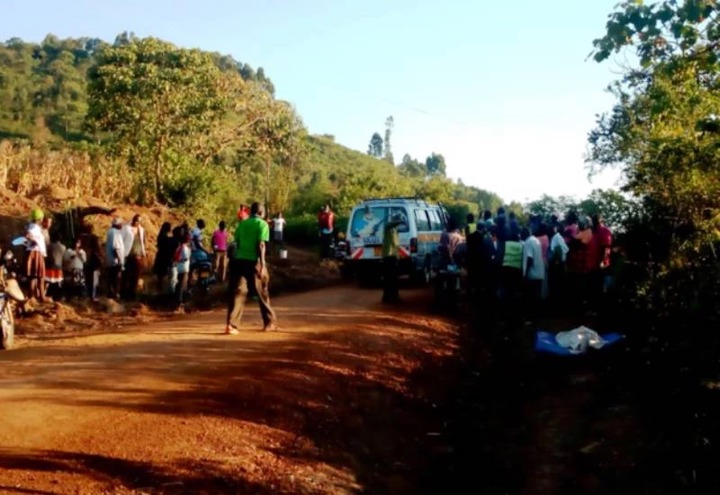 A trotro driver has knocked dead a teacher who was going to work this morning and wounded the wife, who was with the teacher at the time of the accident. Tee Bank, known as Bankole Koduah has died after the driver of a Nissan minibus took his life this morning, at the Barekese junction. Tee Bank who is a teacher with the Catholic school at Barekese, was going to work this morning when the wife who is six months into an expecting journey, called him back about the supposed pains she was feeling. Tee Bank and his wife Priscilla, has been having troubles with childbirth ever since they got married in 2013. The couple met at a teachers conference in 2010, exchanged numbers when Tee Bank went to buy food from Priscilla. Priscilla was one of the women who were given a permit, to sell food at the event. Tee Bank after the first sessions of the program, was out to take food when the breakfast served at the cafeteria, wasn't to his taste. The first attraction drew him closer to Priscilla, who was selling Banku and Okro sew.

The two engaged themselves and got married in 2013, but luck wasn't on their side as they struggled to have children. For eight years now after their marriage, the two has been moving from hospital to clinics, herbal doctors to shrines to get a child, and was lucky in October when Priscilla saw changes in herself. They promised to keep an eye on each other until the child was born, and that forced Tee Bank to stop Priscilla from doing many things in the house. It was not normal for Priscilla to be feeling the pain this morning, which made her call back her husband who was almost at school.

Tee asked permission from his superiors and came home as early as possible, to attend to Priscilla. He found the case to be worsening when he got home and Priscilla couldn't even raise herself. With shoulders help, Priscilla was able to raise herself from the doormat she had been sleeping on, ever since the pains started in the morning. Tee Bank took her to the roadside, hoping to get a tax that could transport them to the hospital but ended been knocked down by a speeding minibus. The minibus with registration AS 5690 Z, was coming from Barekese township when he couldn't minimize his speed. The car which was coming with an average speed of 70kmp/h forgot about the curve at the Barekese Junction. The driver forgot himself when he was carried away by the speed the car was going and approached the junction, with a sudden force. He minimized his speed to bend the curve, but it was still not enough.

Tee who was standing on the roadside waiting to stop an oncoming taxi, crashed to the rough road by the speeding minibus. The car after knocking him down, dragged him to few miles before the driver was able to halt the breaks completely. The wife Priscilla who was sitting on a small stone Tee Bank gave her to relax on, was knocked down from the stone she was sitting, by the husband's legs when the car was dragging him. Teacher Bankole did not survive the crash and died that minute. The wife Priscilla has been taken to the Barekese hospital hoping to transport to the KATH emergency ward. She might have suffered great injuries to the stomach and head when the husband's legs knocked her down whiles the car was dragging him away. The driver of the minibus was arrested by travellers standing at the junction, when he made attempts of escape to the bush, after what he did. 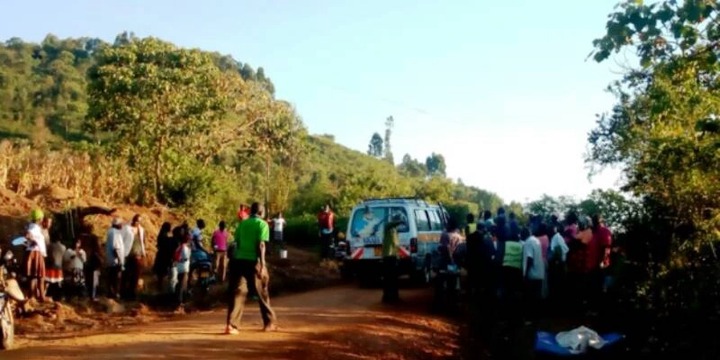 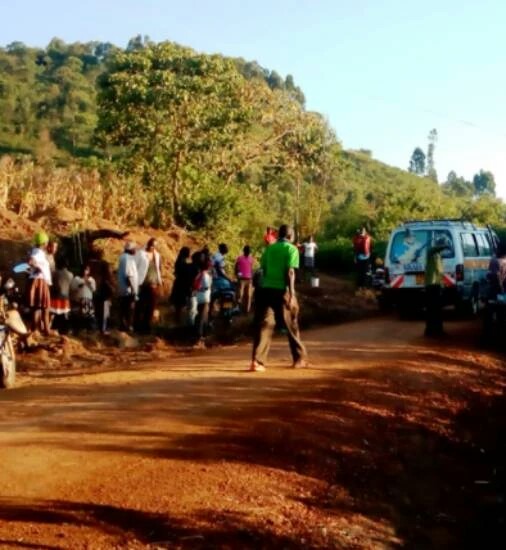 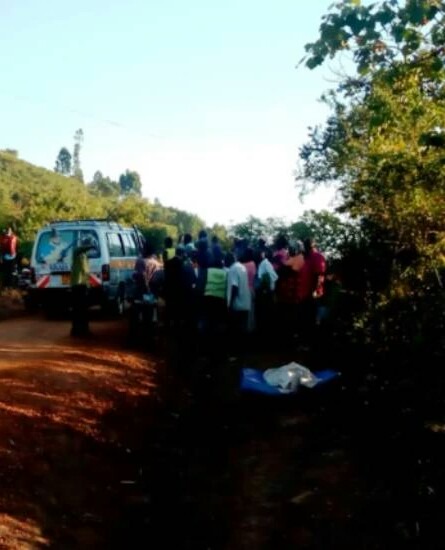