By Kofi-Fire (self media writer) | 8 months ago 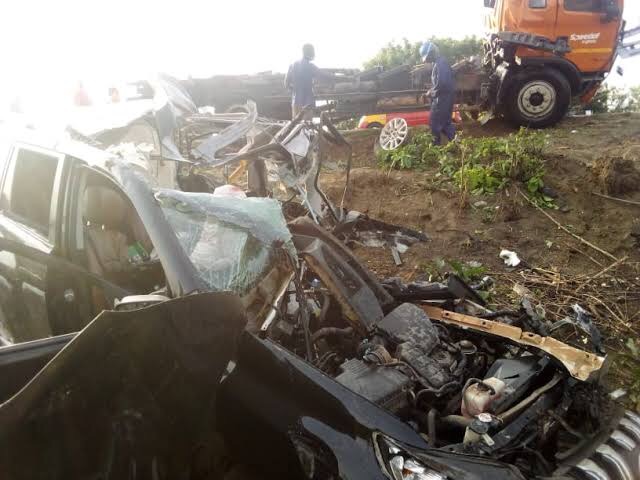 Yet another sad news hit Sawla in Savannah Region as eight people are currently confirmed dead not excluding a 28 year old driver’s mate, Bashiru Mahama and 22 others are in critical condition after fatal accident.

It was confirmed that 22 others are left between heaven and earth after the Wa-Kumasi bound Sprinter Benze bus with registration number AS 3022-15 somersaulted and collided into a close by bush on the Sawla-Tuna-Kalba District of the Savannah Region.

However, it was reported that the Sawla-Tuna-Kalba District Police Command, revealed that the 23-seater Sprinter Benz Bus was actually from Wa in the Upper West Region going towards Kumasi in the Ashanti Region, but as the Bus arrived near the district, another vehicle, a Sanyoung Mimi bus overtook the Sprinter.

But it was really unfortunate that the Sanyoung Mimi bus went off and entered the Sprinter’s lane. Despite how fast the sad scene was unfolding, the Sprinter ran over the chop box and sadly one the front tyre bursted. And the vehicle unfortunately went off the road and drove into the bush which later led to the death and serious injuries of the passengers.

This whole details was revealed by the driver of the Sprinter bus, Mahama Sakara to the Sawla Police and he is also among the 22 injured passengers that are receiving treatment at the moment in Sawla District Hospital. Meanwhile, the eight bodies have been taken to the Wa Hospital Mortuary for proper identification and burial.