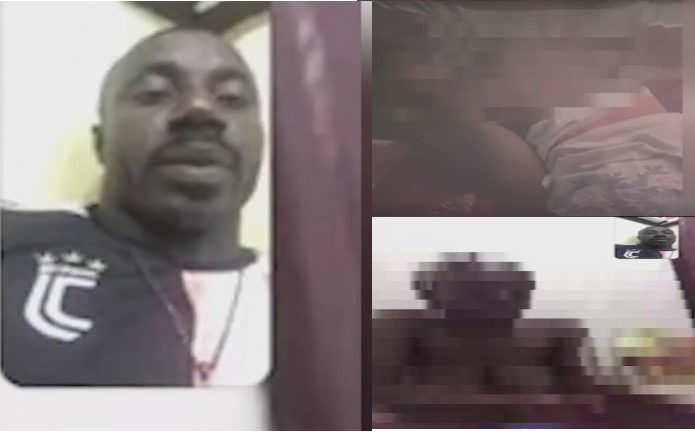 The Prestea township in the Western Region is alarmed by the sudden death of one Mr. John who was knocked unconscious after seeing the sex tape of his wife over the weekend. Mr. John who is popularly known as Nzema Manle, died at the Prestea hospital after collapsing from the traumatizing view of a man bonking his wife in a viral video.

A reporter of Angel News, Koo Emma disclosed that fifteen (15) of the suspects in this sex scandal, Paa Adjei; are married women and the remaining five (5) unmarried. He noted that the suspect is a returnee from South Africa and is allegedly involved in sextortion over the past years in the township.

The traditional authorities in Prestea have intervened and summoned the husbands of the victims and the suspect to resolve the matter but this had failed to calm tempers of the married men, and some men who claim to be the boyfriends of the single ladies. The police have been informed about this crime and investigations are underway.

According to Koo Emma, most of the victims [women] are unable to step out into the community for fear for stigmatization. The entire community has been engulfed with gossips about the identities of these women, and the shame is quite unbearable for the women.

Preliminary investigations had revealed that the suspect, Paa Adjei lured most of these women and slept with them under a controlled setting so he records the sexual affair with them. Most of the victims say the suspect extorted monies from them with threats of leaking the videos if they fail to comply.

It is reported that there are some other victims whose videos haven’t been leaked yet by Paa Adjei. With tempers flaring in the community, any delays by the Police to cause the prosecution of the suspect might cause the husbands of these married women who fell victim to this sextortion, to assault the suspect.

Beware: 16 Relationship Tips That You Should Never Listen To