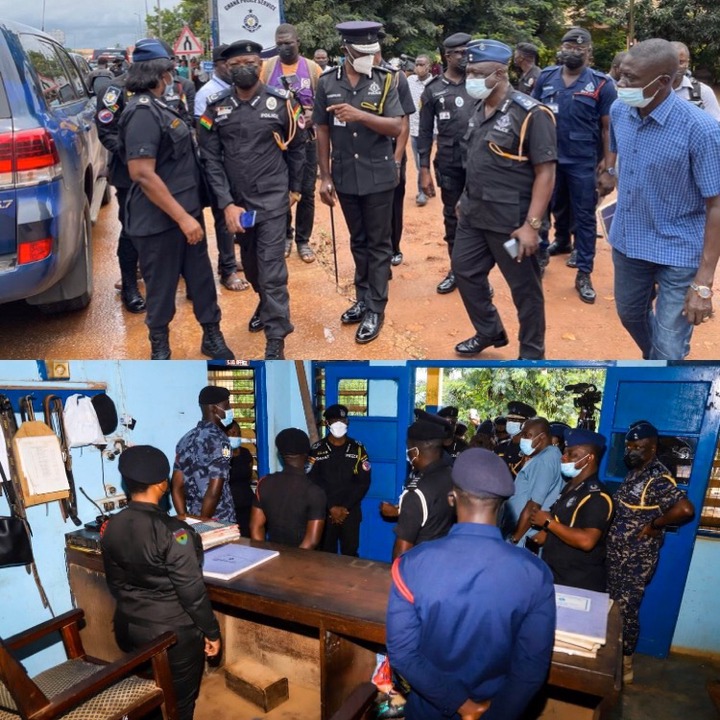 The recent circulating news that has sparked massive stir, debates and arguments across all social media platforms is the arrest of the most wanted armed robber and murder in the Eastern region of Ghana.

Not long ago, the police announced the final arrest of a notorious armed robber and murderer, Godstrong Tettey who had been on the police most wanted list for alleged murder, car-snatching cases amongst other violent land guard activities. 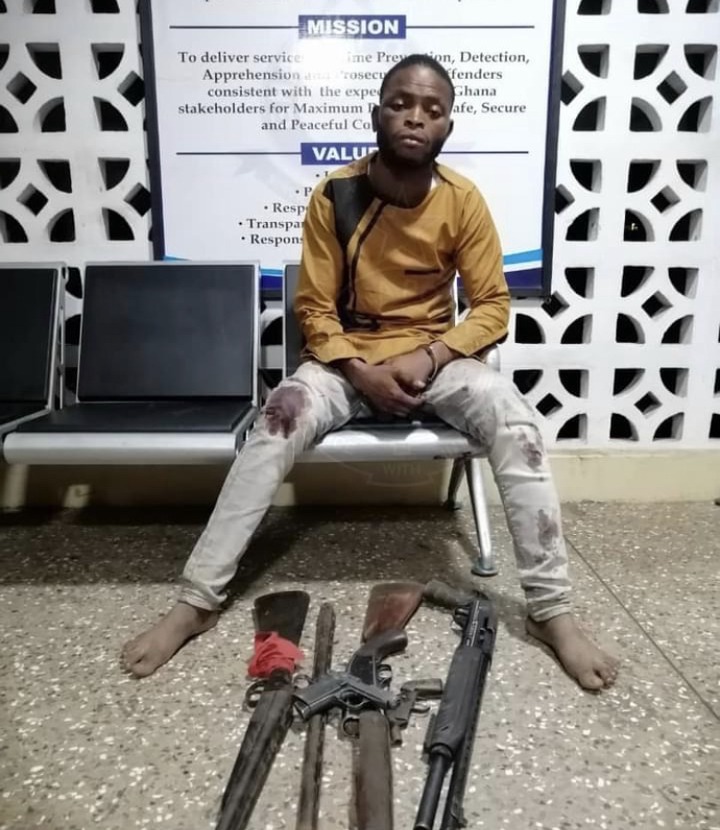 The armed robber and murder suspect, Godstrong Tettey was recently spotted in a circulating video on social media, brandishing a pistol and boasting of his attacks on civilians and victims. 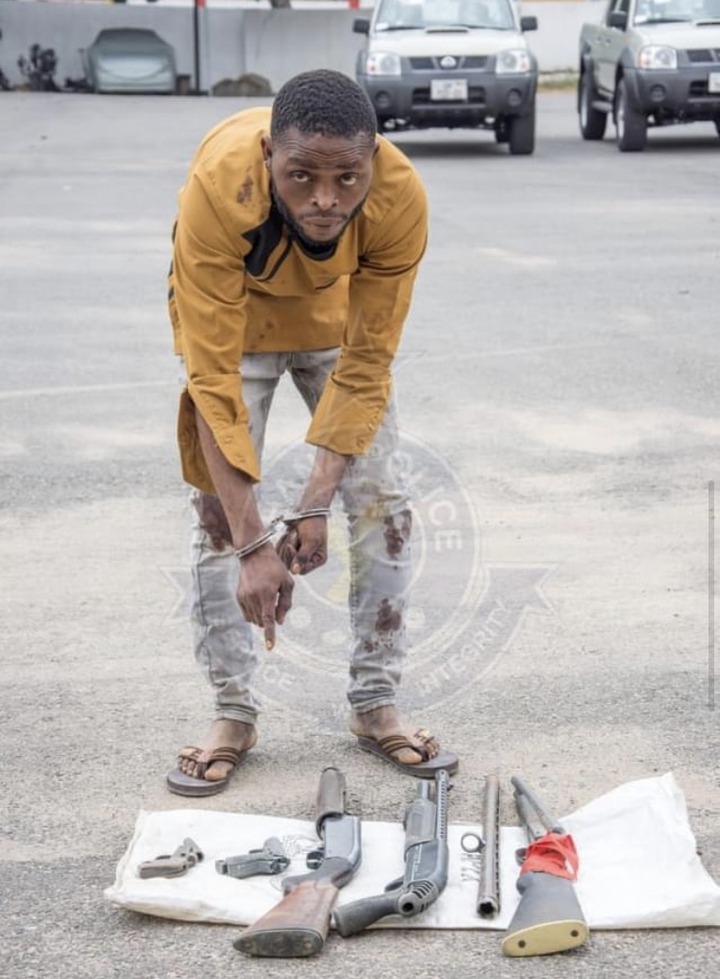 After further investigations, the police intelligence team captured the armed robber and murder suspect at Adeiso with unlawful items including two pump action guns, one locally manufactured pistol and one new foreign-manufactured pistol. 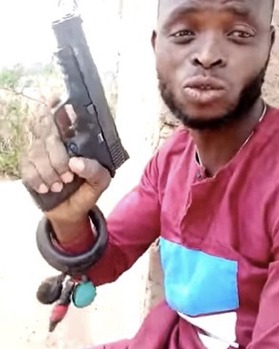 The most notorious armed robber and murderer, Godstrong was also spotted with strange juju charms on his wrist as most people claim that, his juju charms failed hence his arrest.

Upon the good news over the arrest of the most wanted armed robber and murder by Dampare’s men popped up, most Ghanaians took the privilege to share their immense thoughts and opinions on the alarming issue.

Below is a look at some of the comments that cane through as individuals shared their respective thoughts and concerns over the arrest of the most wanted and notorious armed robbery suspect at Adeiso in the Eastern region. 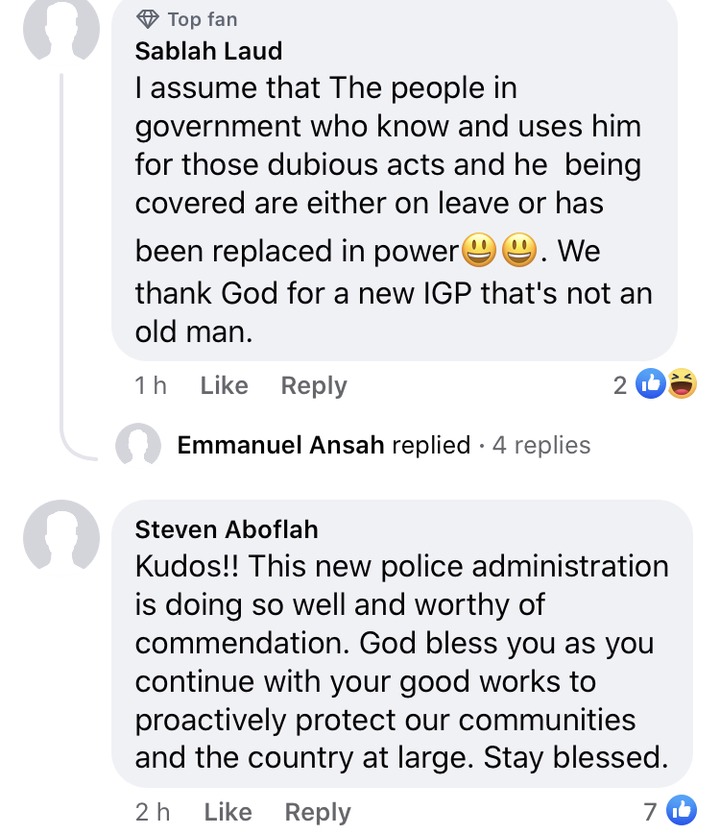 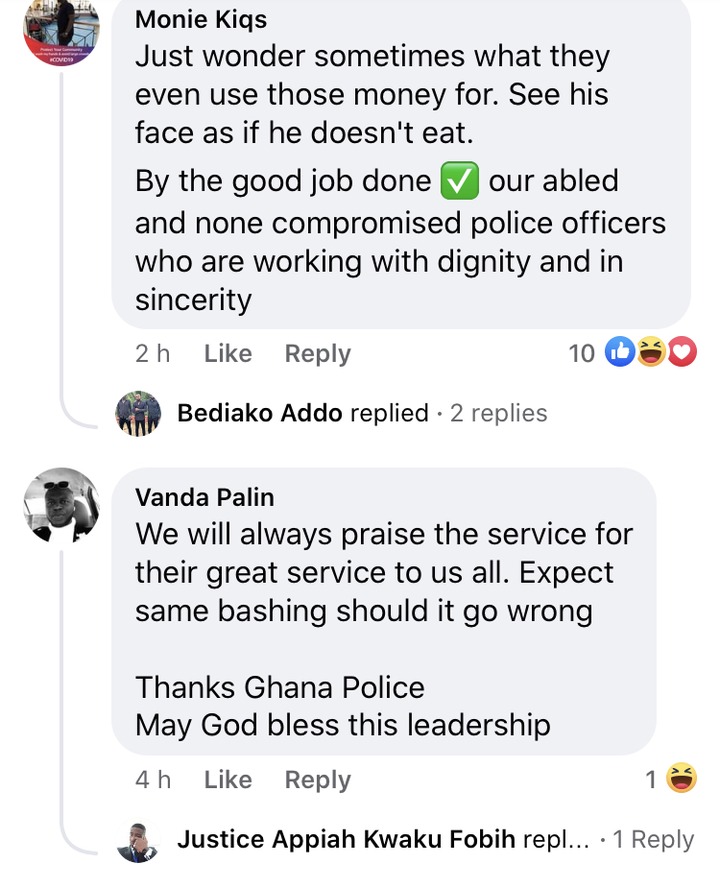 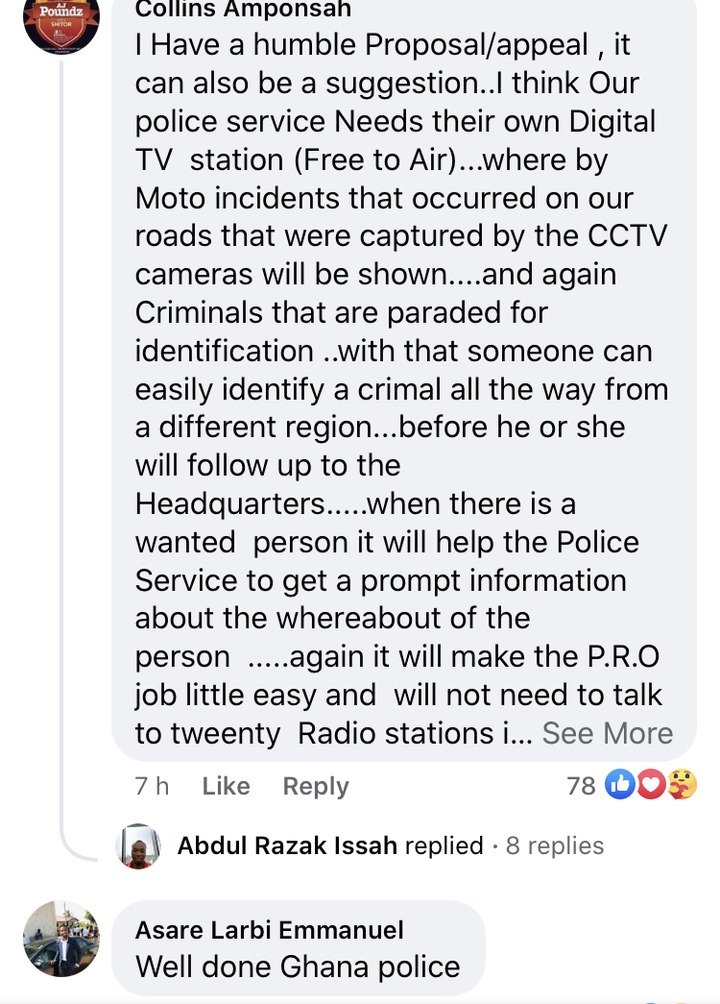 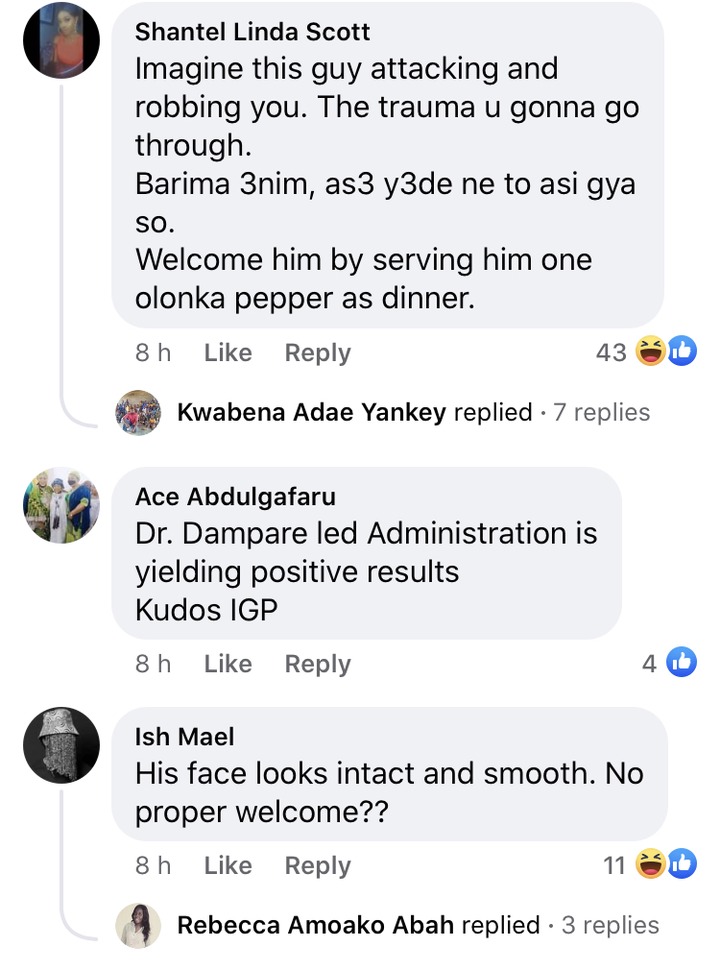 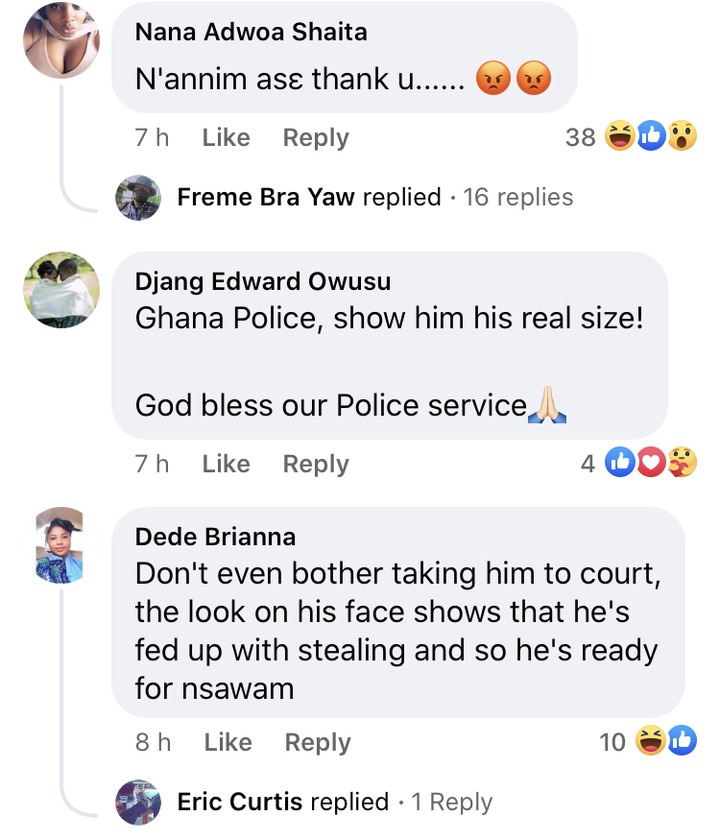 From the above comments, we can clearly notice that most individuals were impressed by the Inspector General of Ghana police, Dr George Akufo Dampare’s efforts in bringing justice to all lawbreakers in the country whilst others stated otherwise.

Do you think that, the armed robber and murderer with serious charms unexpectedly failed to escape police arrest as claimed by most Ghanaians?

Do you agree that, the IGP Dampare has truly vindicated President Akufo Addo’s decision?

What other techniques do you think the IGP, Dampare should implement in other to catch more armed robbers, criminals and lawbreakers in the various regions of the country?