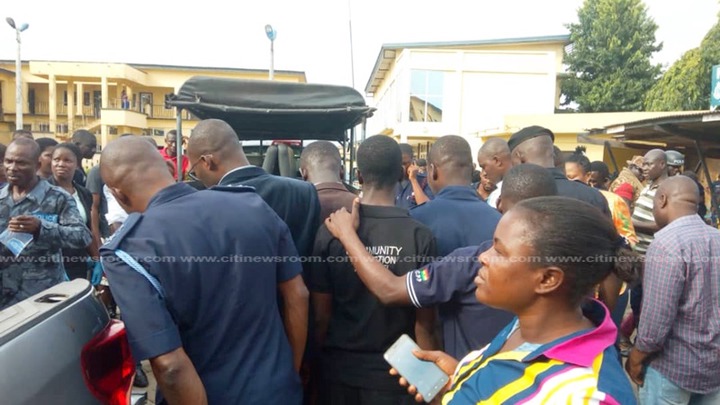 Cape coast being one of the hottest cities in the country has recorded some number of robbery incidents. Earlier today, a robber who has been seen as one of the robbers who pursue people at Elmina has been arrested by the Ghana police. This robber allegedly robbed a house and run away with about 15,000 Ghana cedis. With the growing levels of robberies, people have been advised to make good use of cashless services like the mobile monies and many other electronic means to secure their monies.

This way, even if a person is approached by robbers or has his or her phone stolen, they will have the opportunity to recover it. The reason why people are getting robbed of their possessions is also attributed to the huge sums of monies they carry around. The recent shooting of a police officer who was cashing out money at the atm machine was also due to the huge amount of money he was cashing out. 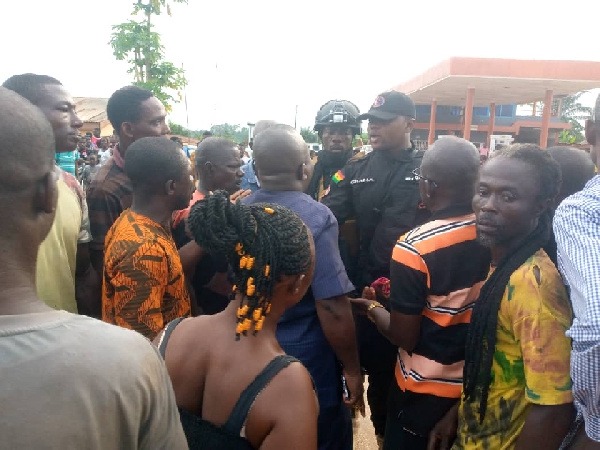 It’s either you keep your cash a secret from the public eye or try not to carry them around at all. According to reports, Felix Agyekum who was robbed by the robber was carrying about 15,000 cedis on him which was supposed to be deposited at a bank from work. But unfortunately for him, this robber had been targeting him for sometime.

The robber who after police investigation has surfaced to bear the name Nana Kumi Anderson observed his target for sometime and looked for the right moment to pounce on him and robbed him of this amount. After a successful chase, he was apprehended and handed over to the police where he tried to resist arrest. 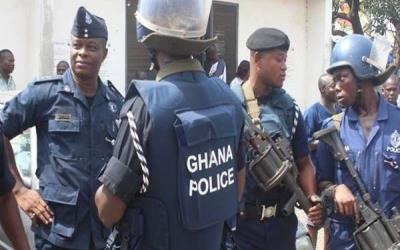 The man tried his best to deny the allegations against him even when he was seen clearly as the suspect. According to reports, it was not an easy battle between the police and the robber who denied almost all allegations against him until the police called for some reinforcements. He is currently with the Elmina police and being dealt with accordingly.

If You Are Open-Minded And Fashionable, Wear These Modest African Dresses Made For Pretty Women