I Watched 4 Strong Men, As They Rape My 13-year Old Child: Father reveals

Following what happened at Gomoa Adzintem in the Central Region where 4 Fulani Herdsmen tortured a man and raped his daughter who 13-year old young girl.

From the news cited from UTV, the men beat the man, hit him in the head with wood and raped his child in front of him.

These herdsmen after raping the young girl shot her hand. 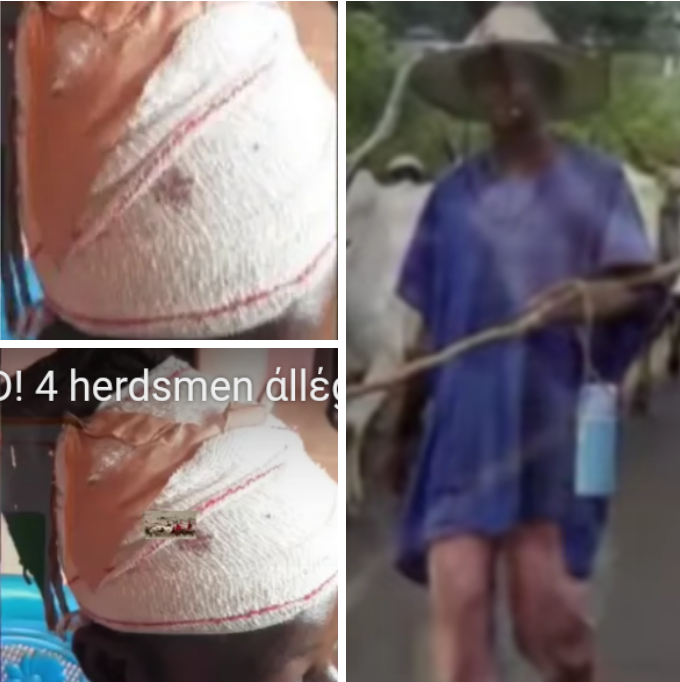 The father reporting the incidence revealed that, he watched the 4 for strong men, as they rape his 13-year old child in front of him.

According to the father, the herdsmen bump into his house and started attacking with him and his child. They hit him on the ground and took the 13-year old child and raped her one by one.

"I was able to struggle with the first person who was holding the cutlass and the one hold the gun went back fired a warning shoot. One of them hit men from the back with a wood, so I fell on the ground bleeding and said I should I should remain on the ground or they shoot me. So they took my 13-year old child. When I wanted to fight back my child told me to stop because the way I was bleeding, she feared they might kill me. I watched 4 strong men, as they rape my 13-year old child without doing anything. I woke up in the hospital with my child shot in the hands. After they have finished abusing her, they even shot her." Father revealed.

According to the man, he couldn't do anything about it because he was told to lie down on the ground else they will shoot him as they fired a warning shoot in the air.