By AlphonseCicinho (self media writer) | 2 months ago

There are consequences for everything , whether good or bad . A man aged 35 allegedly dragged and raped a girl of 8 years.

Little did he know that he was going to pay with his life for the offence .The offence reportedly took place on the 1st of April and he fled afterwards .

According to the mother of the victim,she sent her to fetch water for their laundering only for her to be raped mercilessly. 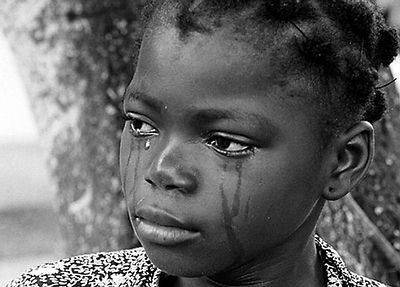 However , vigilant residents of Bawku, on Friday finally smoked him out of his hideout ,he was reportedly cornered by the raging residents who dragged him to the house of the alleged rape victim. After the victim allegedly identified him as her rapist, it marked the beginning of the end for the alleged rapist.

This was because they assaulted him on the streets before leaving him to his fate. When police made their way to the scene , they found the 35 year old who was identified as Michael Afful, deceased with injuries all over his body .

Ghana laws does not allow members of the community to take the law into its own hands. However , there are some things that may look good , although they may be bad .

The violation of children and women has been ongoing for quite a long time in Ghana . It is such that it looks like the justice system is not doing enough to protect the rights of women and children . Killers and rapists know that when they commit such crimes ,they will only be imprisoned for a couple of years and get back into the same societies . Imprisonment is not enough for rapists and killers .

It is high time the death sentence comes into the picture . Raping someone is like committing murder because an inner soul is killed during the process , hence the offence needs to be treated as being murder.

Will jungle justice curb rape and other awful Crimes??Share your opinion with us.

DEAR LADIES: Please Avoid Asking Men These 3 Questions, They Don't Like Them