By Tinchie (self media writer) | 25 days ago 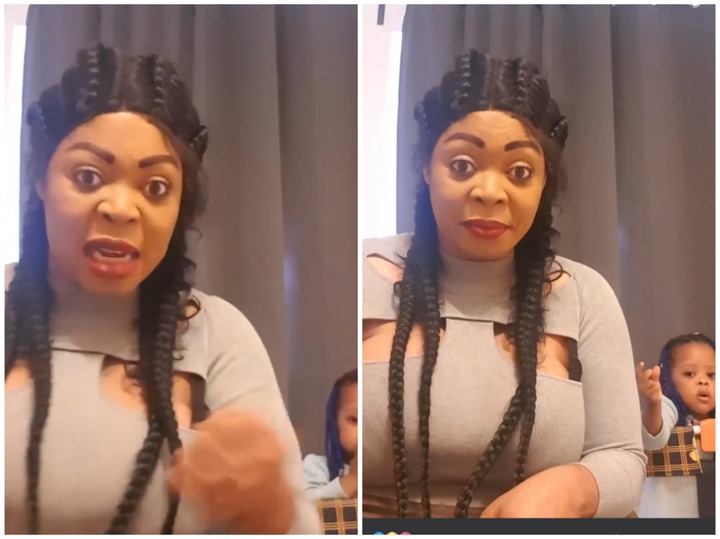 Former HIV/AIDS ambassador Joyce Dzidzor Mensah is rejoicing as she had finally rescued her daughter, Bella from Social Services in Hamburg, Germany. In a latest video posted on Facebook, Joyce Dzidzor recounts how she fought officers of the Social Service and Police to save her daughter from being taken away like they did to her son some weeks ago.

According to her she dozed off at the office of the Social Services due to some anti-depressant she had taken early. In her sleep, the officers allegedly took her daughter away from her.

Joyce Dzidzor woke up with a shock. "My daughter cannot be found" she said. She was frightened the German officers had taken her daughter too, and rushed to find her with one of them playing with her kid.

She held to the hand of the daughter and tried to pull her away from the grips of the officer but this ended in a confrontation. According to Joyce, she traded blows with the officer and another came threatening the police onher but she fired another blow at her face too.

Joyce Dzidzor disclosed that three police officers also attempted to restrain her. She mentioned that none of them were spared a blow from her fist.

"They threatened the police on me. So I struck one of them and another came to restrain me, then I hit her too. Then I realized three police cars rush to the facility. I confronted them, asking them if they were there to take my child from me. I muscled up blows and knocked them out. I took my baby away finally."

She expressed thanks to God for having muscled up to fight for her daughter. Joyce Dzidzor stressed that it hasn't been easy for her as single parent caring for her kids in a foreign land and with the stigma of HIV/AIDS.

She thanked her fans for showing her love and support in the past weeks when she battled out her depression and frustration from the German Social Services when they took her son away from her.