By Wolibismark (self meida writer) | 16 days 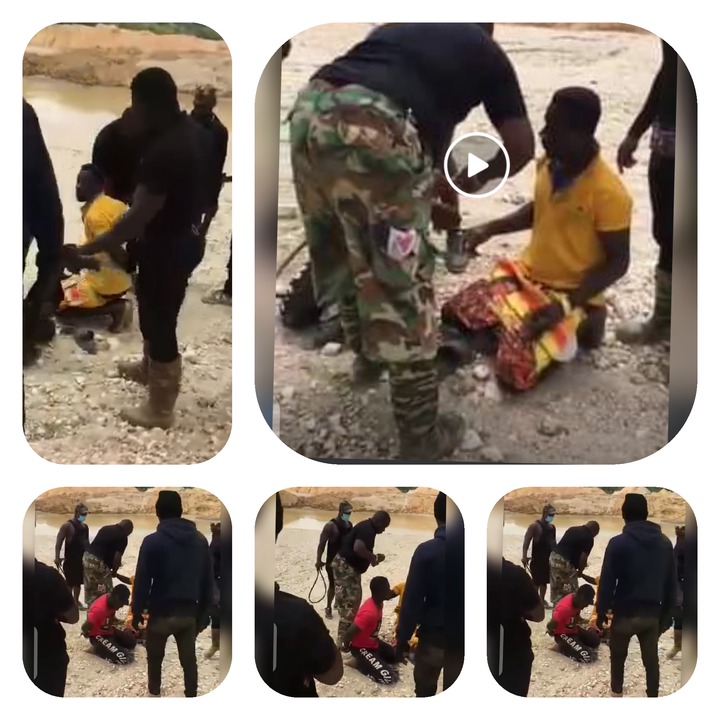 Two galamsey boys cried for help in the hands of military personnels as they on record speaking the Akan language saying; "please forgive us, we are now coming to this site".

Recently the fight against galamsey has been in the increased as new measures have been put in place to curb the rate at which galamsey activities destroying our water bodies in the country, due to this over 200 security personnels have been dispatched into the forest to cause the arrest of any person involves in such menace.

Gradually the operation is yielding positive results as two local boys with two Chinese citizens were arrested yesterday Frida, April 30, 2021 for illegal mining in the Wassa East District of the Western Region after the District Security Council (DISEC) embarked on an operation to apprehend those engaged in galamsey in the Pra River. 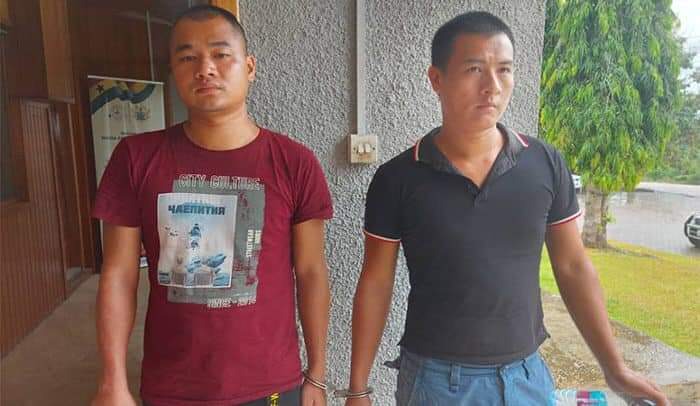 According to an eyewitness, Samuel Banwinla when the security personnel were patrolling on the River, they saw about 10 illegal miners both local boys and Chinese who had set their machines on the river and mining with impunity. Many of them managed to run away on seeing the security personnel, leaving their machine behind, while two Chinese nationals were apprehended together to local boys.

Strangely the security personnels were spotted in a video maltreating the poor local boys who can't afford to buy a cutlass to the sea not to talk of renting excavators, but here we are seeing them receiving brutality as if they aren't human being.

They were handcuffed behind while receiving whipps from the officers. 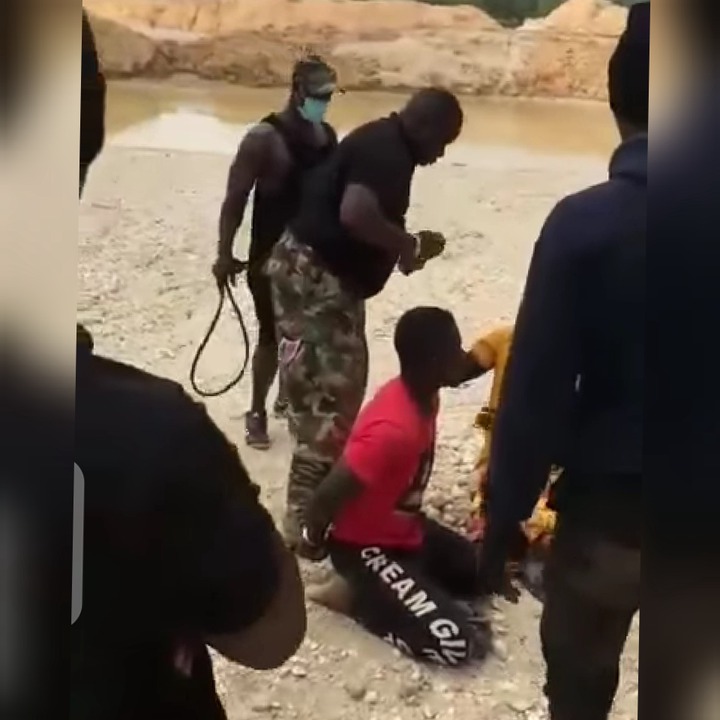 This is causing a huge debate on social media moment the video pops out, as viewers shared their thoughts condemning the step taking by the officers, although they are destroying the environment and our water bodies but shouldn't be treated as slaves in their own country.

Their actions have also triggered others to have questioned the integrity of Military Service tagging the uniform men in the video not to be military personnels but rather invisible forces. The uniforms and guns holding them tell a different story seems soldiers don't use pump guns. 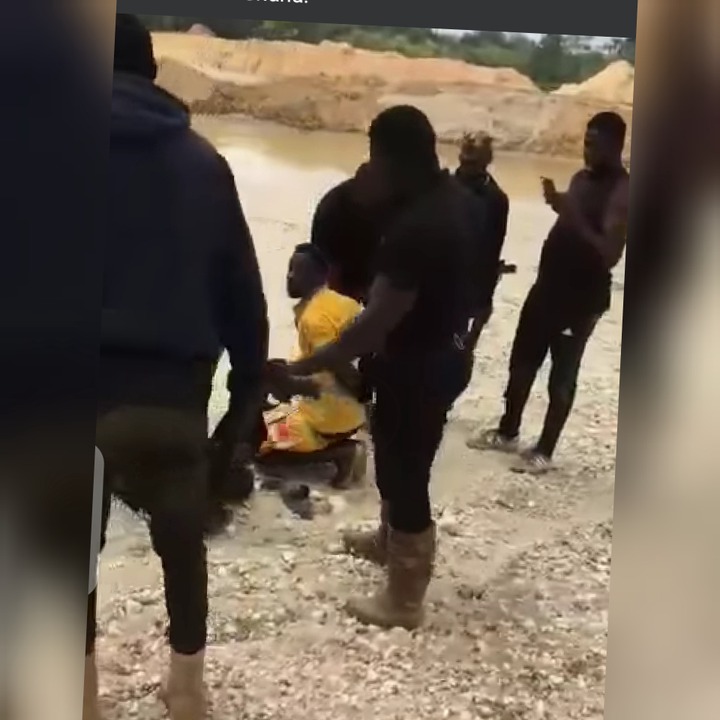 I think the Ministry of the Interior with immediate effect should look in the matter to bring sanity into the fight we want to win as a country.

Kate Gyamfua Gets ‘Fired’ After Her Excavators Were Set Ablaze